The Italian region of Puglia is quickly becoming one of the most popular tourist destinations in Italy.

With a fantastic climate, delicious cuisine and miles upon miles of sandy beaches, it’s easy to see why. But where exactly is Puglia?

Pronounced Poo-lia, or Apulia in English, this region of Italy covers over 7,469 square miles and has over 4 million inhabitants. It’s located in the south of the country, and pretty much makes up the whole ‘heel’  and ‘spur’ of the boot. Whilst in Puglia, you can find the Adriatic sea to the east, the Ionian sea to the southeast, and the Gulf of Taranto in the south. In land, you can find the region of Molise to the north, Campania to the west and Basilicata to the southwest.

Puglia is the least mountainous region, and has a very dry climate. It’s also one of the richest archaeological regions in Italy and has a number of important sites. But what really draws people to this part of Italy, aside from the great weather and tasty food, is the opportunity to visit one of the fantastic beaches.

Puglia is made up of around 800 kilometres of coastline, with enormous stretches of sandy beach, so you really are spoilt for choice if you’re a beach lover!

The long coastline of Puglia offers a wide range of possibilities for beach and sun lovers, who can choose among sandy and rocky beaches, both in the mainland and in the wonderful islands such as the popular Tremiti.

Try the beaches of the Gargano sub-region in the north, or head further south to Salento for some great beach towns like Gallipoli or Otranto.

But aside from the beaches and gorgeous landscape, what about some interesting towns and cities to visit too? The capital of this region is Bari, which is located in the most densely populated part of Puglia. There’s also Foggia in the north, Brindisi, which is a pleasant port town and of course, who could forget Lecce, which has been aptly named ‘the Florence of the south’. With its impressive Baroque structures made of Lecce stone, this laid back city is a true gem.

Other smaller, yet no less noteworthy locations are Ostuni, labelled as the ‘white city’, and Alberobello; a delightful old town with traditional circular stone houses with cone roofs (called ‘trulli’), which were built without using mortar, in order to avoid paying taxes. This area has become a UNESCO World Heritage Site, and you can even stay in one of the trulli!

If you want to discover more about the landscape of Puglia, you can visit the wonderful Caves and make an excursion at the Tavoliere (the Table of Apulias), considered “the granary of Italy”.

And last but not least, what delicious dishes can you try while in Puglia? Well, this region is known for its simple and natural food, and these qualities are what make it so darn tasty! Puglia produces around 40% of the countries olive oil, and this is definitely best enjoyed drizzled over some local, homemade bread. As well as tasty pasta and sauces, roast meat and mozzarella, the people of Puglia love digging into some delicious dolce. Here, almonds, honey and ricotta are widely used in desserts, and let’s not forget the yummy gelato!

Best beaches in Puglia: the TOP 50 in a handy INFOGRAPHIC
Top 5 Puglian Wines
Top 10 places to see in Italy before you die
Top 5 Puglian Recipes
Carnival in Italy 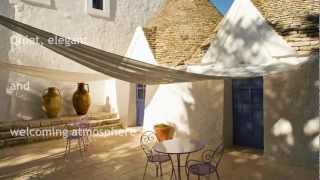 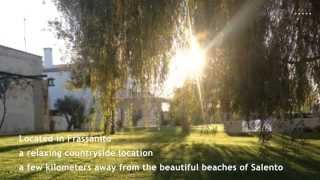 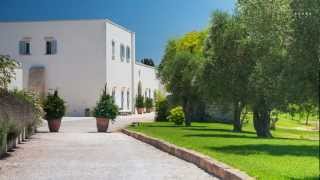 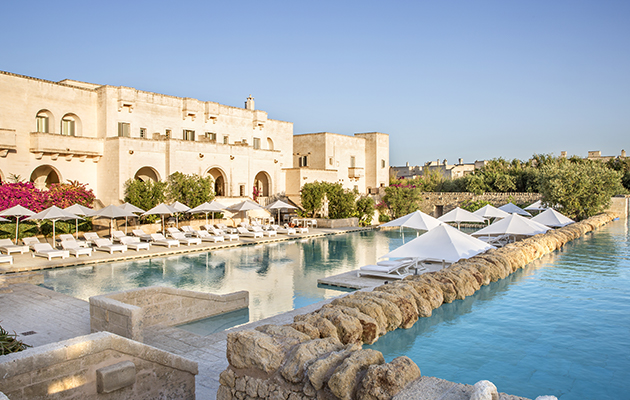 Savelletri di Fasano (Brindisi) Puglia
From 220 € (per Room per Night)
Every day of the year, in every season, Borgo Egnazia is like a breathing tale of Puglia, spoken by the ancient...... »»
select 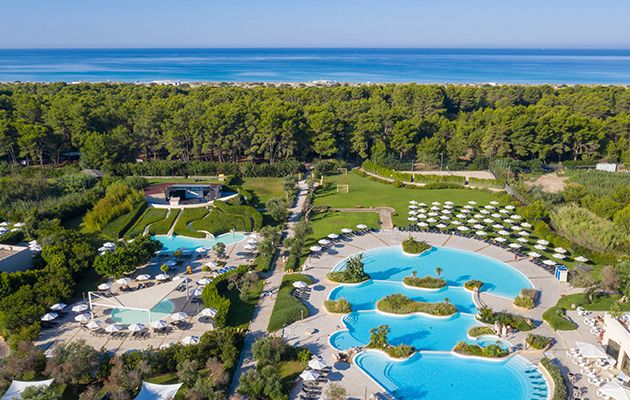 Ugento (Lecce) Puglia
From 306 € (per Room per Night)
The Vivosa Apulia Resort is located in Marina di Ugento, a seaside destination which faces the Ionian Sea in Salento...... »»
select 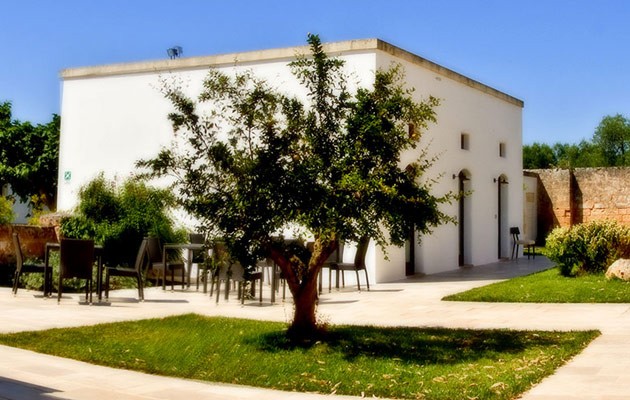 Leverano (Lecce) Puglia
From 100 € (per Room per Night)
This hotel is set deep in the countryside, less than 10 km from the beaches of Torre Lapillo and Punta Prosciutto, both...... »»
select 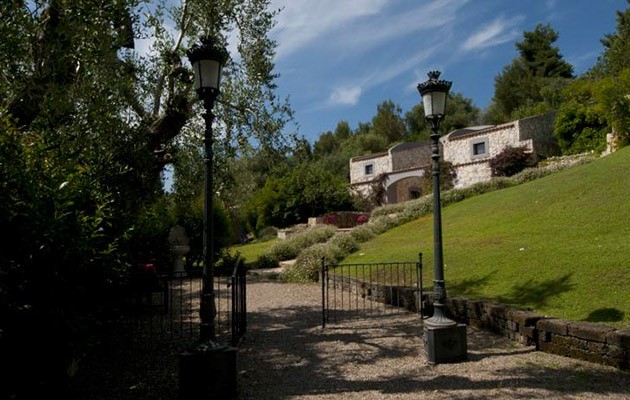 Peschici (Foggia) Puglia
From 180 € (per Room per Night)
In an enviable location suspended between the sea and olive trees, La Chiusa delle More is set in the Gargano National...... »»
select 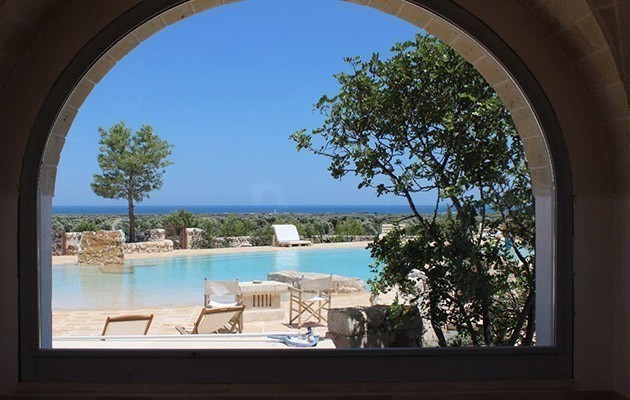 Fasano (Brindisi) Puglia
From 120 € (per Room per Night)
Masseria Montenapoleone is set in natural surroundings and lies on a rocky settlement in the midst of enchanting...... »»
select 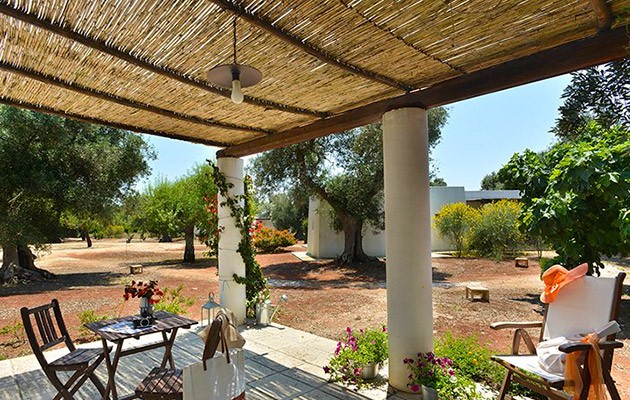 Specchia (Lecce) Puglia
From 99 € (per Room per Night)
Perched high up at 180 metres above sea level, the highest point in the Salento region, I Mulicchi is located just 10...... »»
select 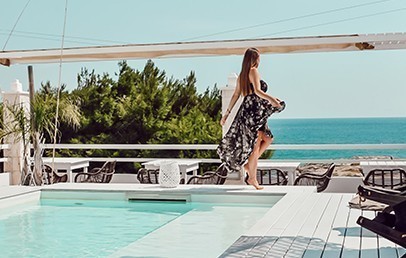 Monopoli (Bari) Puglia
From 180 € (per Room per Night)
Playa del Mar – Boutique B&B is located a stone’s throw from the beach, close to the town centre of Monopoli. A...... »»
select 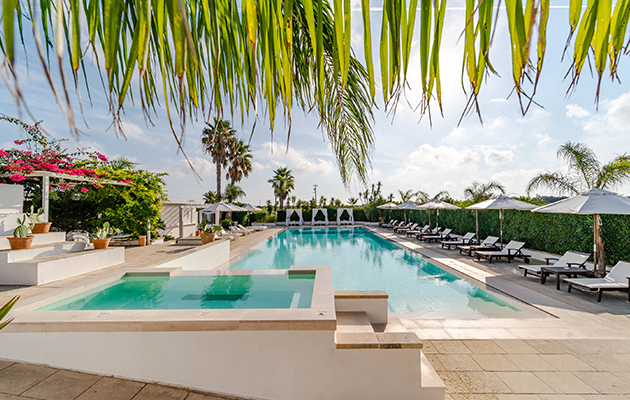 Otranto (Lecce) Puglia
From 140 € (per Room per Night)
Tenuta Centoporte is located on the ancient road that links Otranto and Giurdignano. Immersed in the countryside and...... »»
select 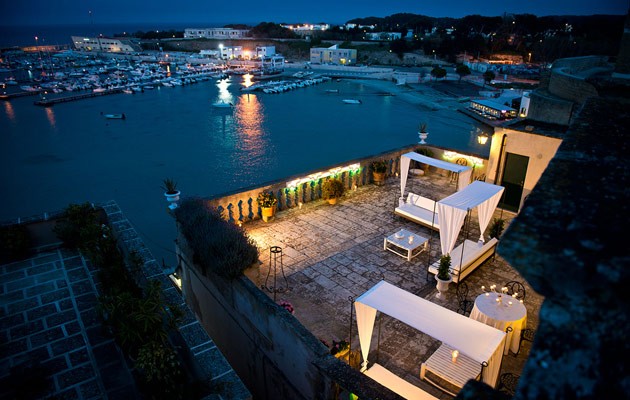 Otranto (Lecce) Puglia
From 110 € (per Room per Night)
Palazzo De Mori is located in the town of Otranto, directly on the bastions that look out over the bay of Otranto. The...... »»
select 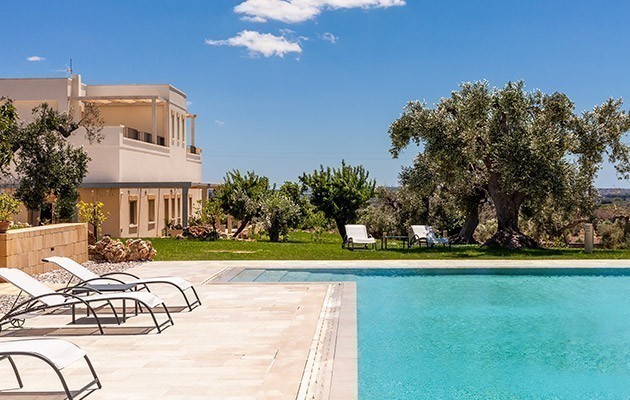 Alezio (Lecce) Puglia
From 119 € (per Room per Night)
Tenuta Monticelli Bio Relais is set in the countryside outside Alezio, just 5 km from Gallipoli, surrounded by 6...... »»
select