Located in the heart of Mediterranean sea, Sardinia is not only synonym of vibrant coastline but also of old traditions and strong contrasts. There is no better place to enjoy the sea and the summer while delighting fabulous recipes and relaxing in your luxury or romantic hotel in Sardinia.

From north to south you surely find your best beach both if you love the jet-set and the wild bays. Sardinia is family friendly, romantic, glam and fun. From the 1,849 kilometres of coast, you may easily reach charming small villages, experience folk festivals and discover the secrets of the inland.

Sardinia. It is the largest island in the Mediterranean Sea (after Sicily) and one of the most ancient place in Europe. It boasts some of the best beaches and archipelago (according to Trip Advisor and Vanity Fair) and has been awarded as one of the healthiest places in the world.
Furthermore, Sardinia is the land of the Nobel Prize Grazia Deledda, the jazz musician Paolo Fresu and the stylist Antonio Marras; two Unesco World Heritage, Cannonau wine, pecorino of cheese and Su Porcheddu, the spit-roasted suckling pig.

All its 1,850 km2 of coastline, from the chic Costa Smeralda to the wild beaches of the Costa Verde. From a tour of the minor islets without missing out on the Jazz Festival at the Strait of Bonifacio. When replying the question “What is there to visit in Sardinia", it can not miss a stroll through the Cagliari old town and the murals of Orgosolo; a guided tour of the  Nuraghe of Barumini and the oldest polis in Sardinia (Nora archaeological site).

It depends on your travel style and what you expect from your holidays in Sardinia. Anyway, we would like to underline that the Island has a mild climate almost all year round and has some hidden sides that are worth discovering.
Summer, warm but windy is ideal to spend all day at the beach,vhave delicious fish based dinners, participate to Jazz festival and chic parties with friends. Spring and Autumn are characterized by sunny days perfect for hiking, enjoying the less crowded beaches and experiencing the traditions and culture of Sardinia thanks to the many food and wine festivals. Winter is mild too (except for the in land of Sardinia) and the island seems surrounded by a romantic and relaxed atmosphere. Sardinia can be lived and discovered in every month of the year and will never disappoint.

In Italy. With its regional capital Cagliari, Sardinia is an autonomous region of Italy. Nevertheless, in the “social identity” senses of the question, Sardinia is a little different from the Italian mainland from a linguistic, idealistic and cultural point of view. Sardinia borders the Tyrrhenian Sea to the east, the Channel of Sardinia to the south, the Sea of Sardinia to the west and the Straits of Bonifacio is the strait between Corsica and Sardinia.

An inspiring response to this “why” had been given by stole the writer David Herbert Lawrence:

«Sardinia is another thing. Much wider, much more ordinary, not up-and-down at all, but running away into the distance. Unremarkable ridges of moor-like hills running away, perhaps to a bunch of dramatic peaks on the southwest. This gives a sense of space … lovely space about one, and traveling distances-nothing finished, nothing final. It is like liberty itself» 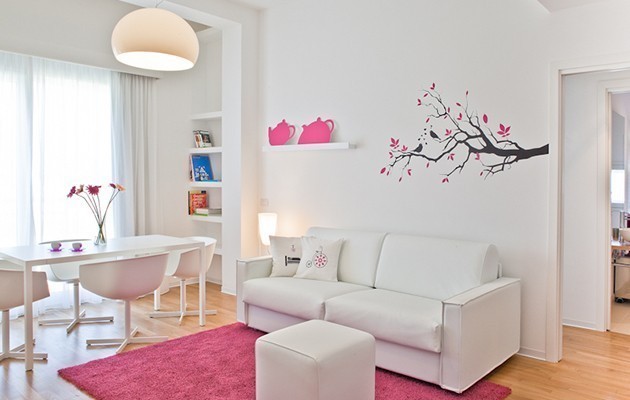 Nuoro (Nuoro) Sardinia
From 413 € (per Room per Night)
The Residence Grandi Magazzini is located in Nuoro, a few tens of metres from Corso Garibaldi, an ancient urban...... »»
select 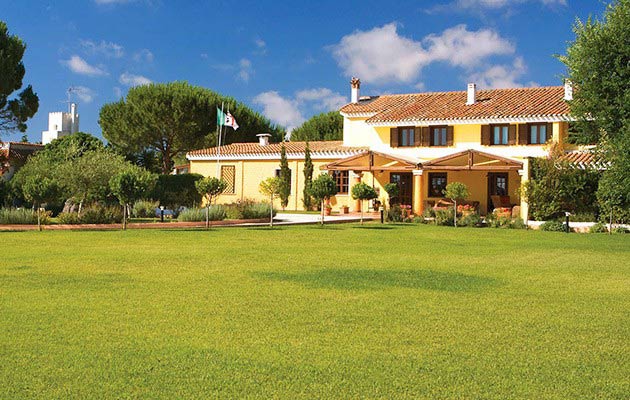 Putzu Idu (Oristano) Sardinia
From 74 € (per Room per Night)
Oristano may be Sardinia’s smallest Province, but it boasts some of the most dramatic und untouched scenery on the...... »»
select 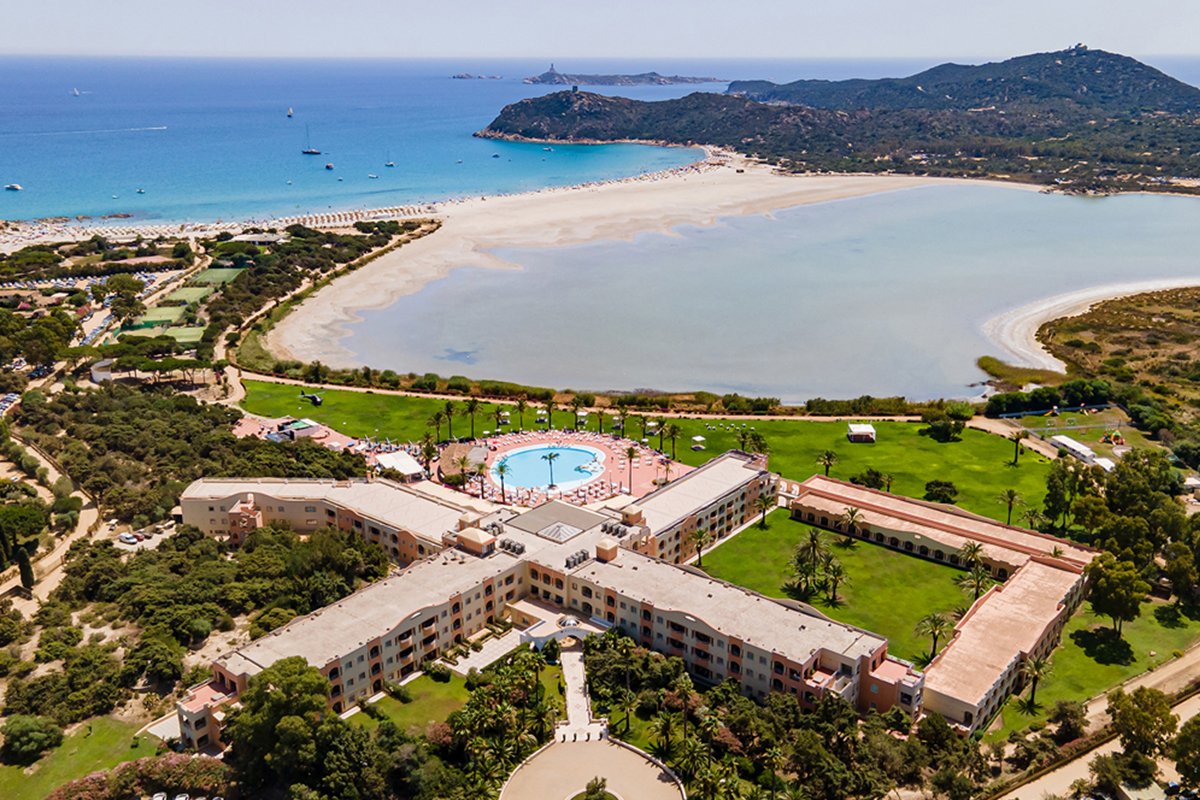 Villasimius (Cagliari) Sardinia
From 253 € (per Room per Night)
In the bay of Porto Giunco in Villasimius, in the heart of a region of extraordinary beauty, between the southern...... »»
select 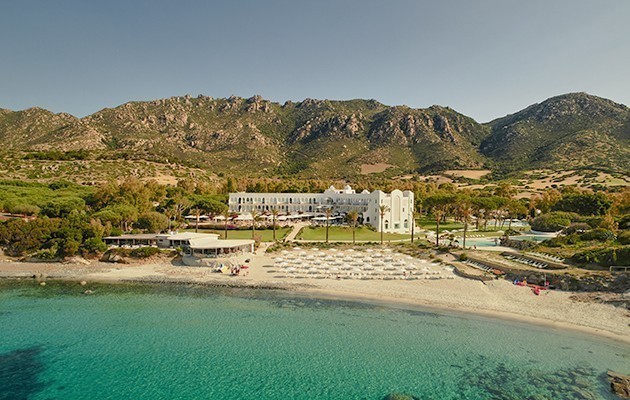 Villasimius (Cagliari) Sardinia
From 295 € (per Room per Night)
The Falkensteiner Capo Boi Resort is located a few kilometres from the lively town of Villasimius, and is surrounded...... »»
select

Golfo Aranci (Olbia Tempio) Sardinia
From 160 € (per Room per Night)
Surrounded by a silent garden, Albero Capovolto B&B di Charme is located in the countryside of the Golfo Aranci, just...... »»
select 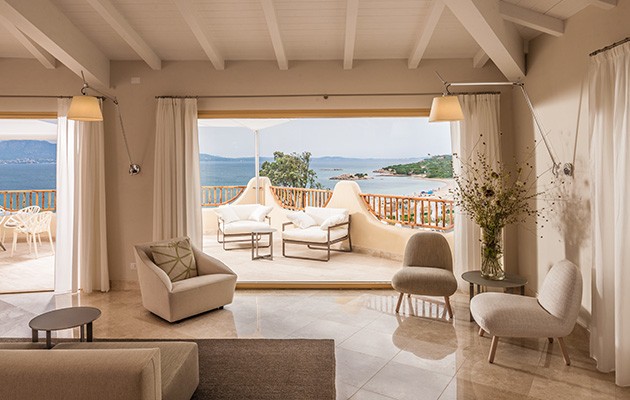 Olbia (Olbia Tempio) Sardinia
From 203 € (per Room per Night)
CalaCuncheddi Hotel is located just a few meters from Li Cuncheddi beach in the granite promontory of Capo Ceraso,...... »»
select 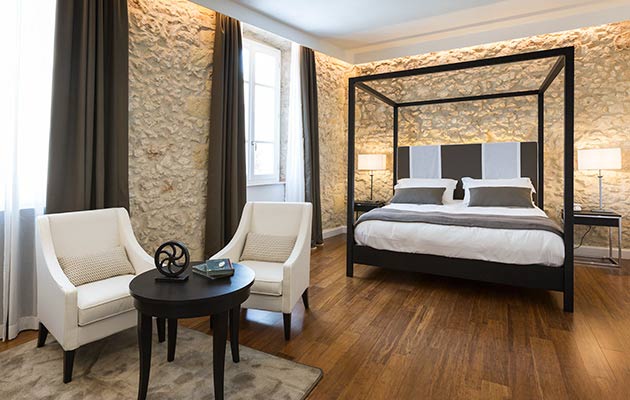 Cagliari (Cagliari) Sardinia
From 114 € (per Room per Night)
Hotel Villa Fanny is located in an exclusive residential neighbourhood in Cagliari, a pleasant stroll from the old...... »»
select

Chia (Cagliari) Sardinia
From 260 € (per Room per Night)
Set on a promontory just a short distance from one of the best-loved seas of Sardinia, Baia di Chia Resort...... »»
select 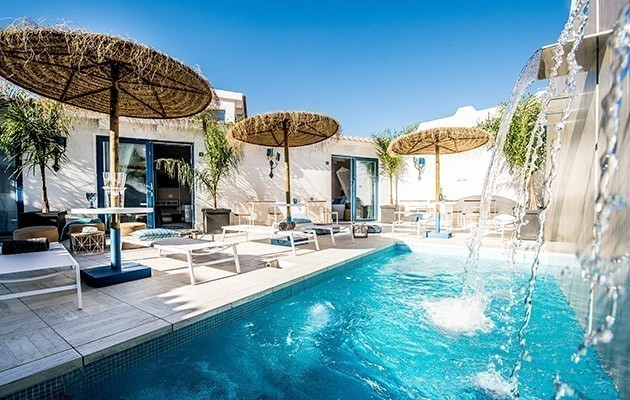 Santa Margherita di Pula (Cagliari) Sardinia
From 120 € (per Room per Night)
A thick pinewood embraces the Boutique Hotel Capo Blu, which is set just a short way from the beach, in the seaside...... »»
select 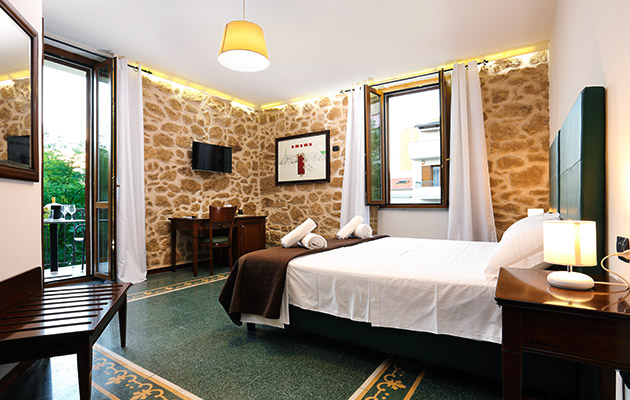 Alghero (Sassari) Sardinia
From 80 € (per Room per Night)
Alghero’s lively historic centre hosts this comfortable B&B, just a short stroll from the bastions, towers, the...... »»
select