Sicily is a magic and ancient land which boasts several blue flags, due to the beauty and safety of its sandy and rocky beaches and a number of interesting archaeological sites and Unesco World Heritage.
A summer holiday in a Sicily Hotel means sunbathing and water sports throughout its coast and the Island of Pelagie, Egadi and Aeolian. Furthermore it offers relax and good cuisine, culture and the enchanting Parthenon and Doric Greek Temples. The largest of the Italian islands surprise you with simplicity and welcoming sea and city hotels. Sicily is also captivating by night.

Is Sicily in Italy? In the literal sense of the question, no. Sicily is an island separate from the Italian mainland. It is also one of five Italian regions granted autonomous rights by the Italian Constitution, and the only one that has control over 100% of its levied taxes. Sicily is, however, still part of the Republic of Italy. If you ask people here what their nationality is, though, you are just as likely to hear 'Sicilian' as 'Italian'.

Where is Sicily, geographically? Set in the Mediterranean, surrounded by sea, Sicily is the triangular-shaped island to the west of Calabria, the toe of Italy's 'boot'. It's a 20-minute ferry ride across the Strait of Messina from the Italian mainland, or a little over an hour from Rome and just under two hours from Milan by plane. The land is a beautiful, wild mix of sea and mountain, with fantastic beaches particularly around the three 'corners' of the island.

After the island was largely destroyed by the earthquake of 1693 many cities were rebuilt, resulting in beautiful examples of baroque architecture in cities such as Noto. Alongside this, however, Greek and Roman ruins can still be seen around almost every corner, and the Norman Byzantine influence is also strong, with Monreale cathedral being a notable example.

The culture of storytelling is an important one, and myths and legends of Sicily abound. Many of these centre around Etna, Sicily's magnificent volcano, which towers over Catania and has shaped so much of the east coast of the island. Don't worry, though - her eruptions are spectacular but she's friendly and doesn't like to hurt people!

Throughout its history, Sicily has taken on elements of many other cultures and made them its own. Fresh mediterranean vegetables, meat and fish are given different treatments depending on where on the island you are. In Erice and San Vito lo Capo, on the north-west coast, the traditional dish is couscous. In Palermo, Sicily's capital, you will find dishes flavoured with pine nuts, raisins and sweet and sour 'agrodolce' flavours. Pasta alla norma, made with aubergines, tomatoes and ricotta salata, is Catania's signature dish. Marsala wine comes from Sicily, as does Nero d'Avola. And don't forget cannoli or the classic summer treat, granita - if you're a foodie you're going to love Sicily. 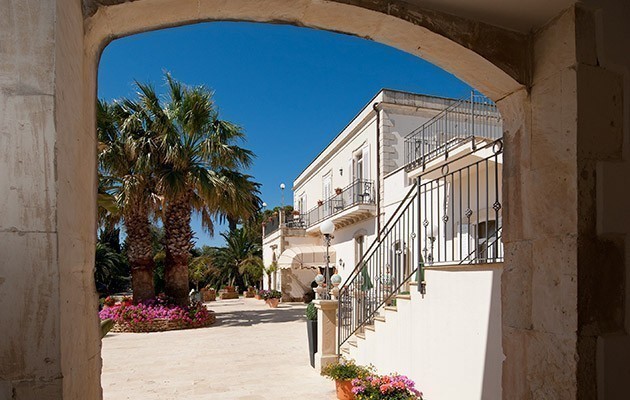 Siracusa (Siracusa) Sicily
From 108 € (per Room per Night)
The Charme Hotel Villa | Principe di Fitalia is set in tranquil countryside just 8 km from Syracuse. In addition to...... »»
select 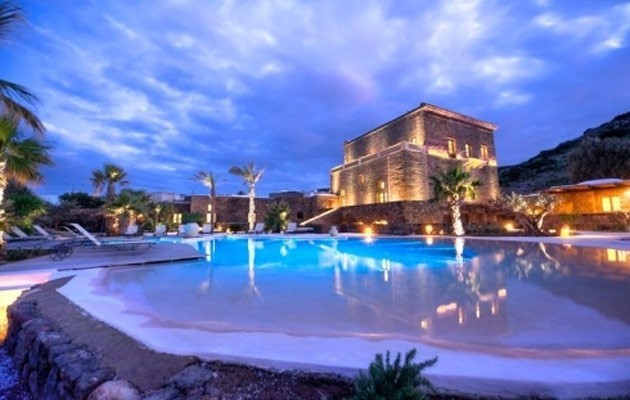 Pantelleria (Trapani) Sicily
From 210 € (per Room per Night)
Situated on the island of Pantelleria in the San Francesco district, not far from the Phoenician Acropolis of ancient...... »»
select

Giarre (Catania) Sicily
From 160 € (per Room per Night)
Set in six hectares of citrus groves in the village of Altarello, the Hotel Ramo d’Aria is 45 km from Catania...... »»
select 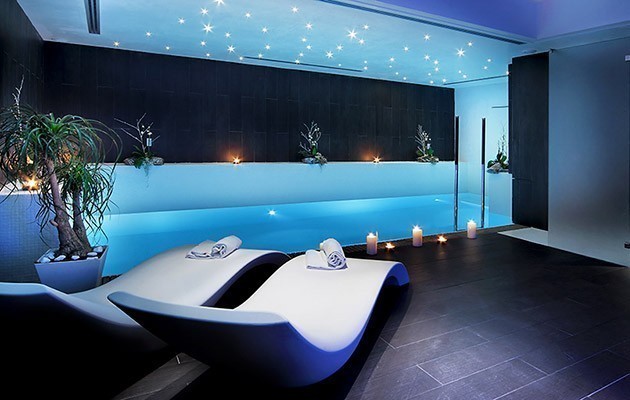 Ragusa (Ragusa) Sicily
From 100 € (per Room per Night)
The hotel is located close to the pedestrian area that leads into charming Ragusa Ibla- the old town and true heart of...... »»
select 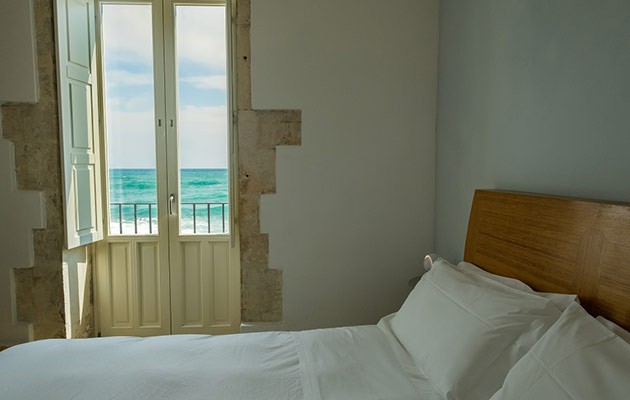 Siracusa (Siracusa) Sicily
From 75 € (per Room per Night)
The old town of Ortygia, the true heart of the city of Syracuse, is host to the small and traditional Hotel Gutkowski....... »»
select 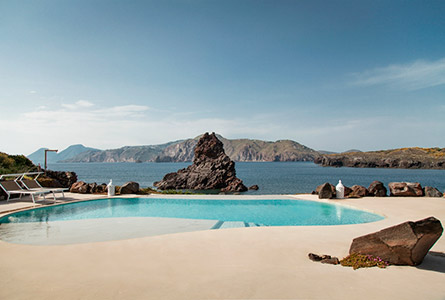 Isola di Lipari (Messina) Sicily
From 115.5 € (per Room per Night)
A spectacular location on the magnificent island of Vulcano, one of the Aeolian Islands: a timeless place with unspoilt,...... »»
select 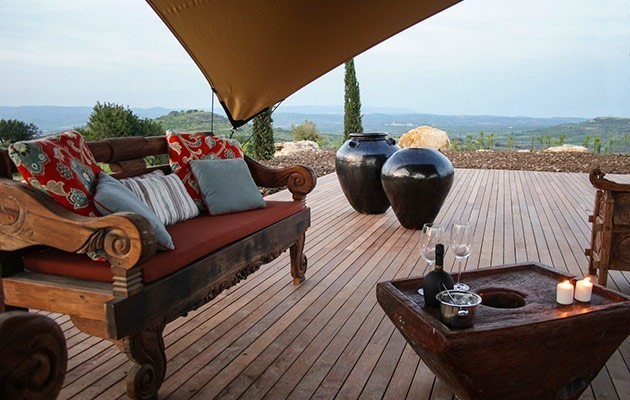 Noto (Siracusa) Sicily
From 135 € (per Room per Night)
Set in an outstanding spot in the beautiful Val di Noto, Masseria della Volpe lies between the Hyblaean Mountains and...... »»
select 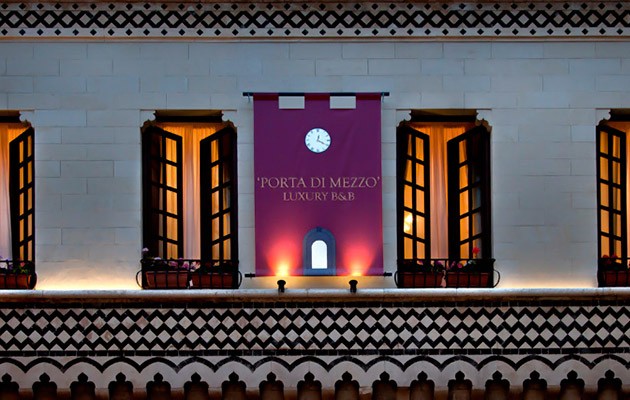 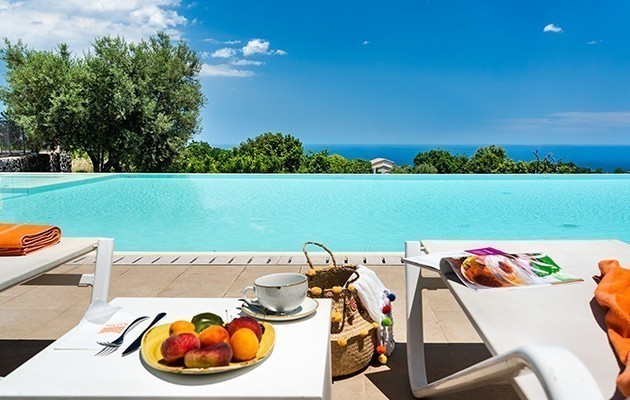 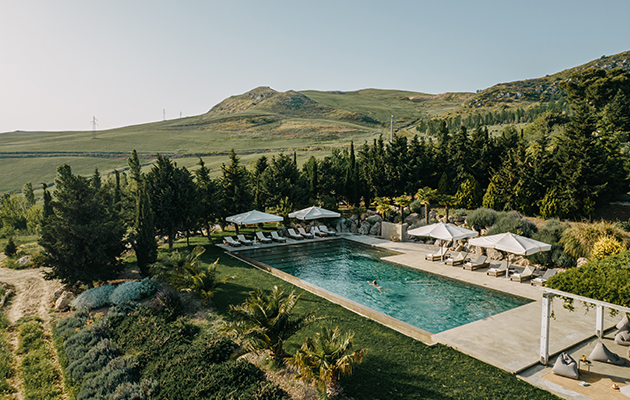 Polizzi Generosa (Palermo) Sicily
From 170 € (per Room per Night)
The Susafa hotel is strategically located in the heart of Sicily, a few km from the Madonie Nature Park and one hour's...... »»
select