Is the leaning tower of Pisa an only child? 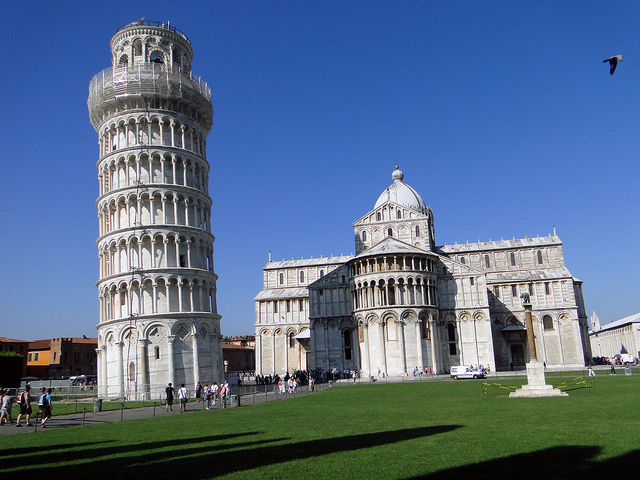 Even if the Tower of Pisa is the most popular, there actually several other leaning towers in the world. In Italy, for example, are very popular the Asinelli and Garisenda towers of Bologna, of medieval origins. Other popular leading towers are the one in Venice, and precisely in the small island of San Pietro di Castello, dating back to 1463, and the one in Rome, called Tower of the Militia.
The slope of the towers is due to errors in construction or in external influences, for example the land subsidence, as in the tower of Pisa.

They are great examples of how errors can be transformed into something positive and gain a so high popularity!

Do you have any others to suggest? Bagni di Pisa Palace and Spa (Tuscany)
Follow us on:

CharmingItaly >
Blog >
Is the leaning tower of Pisa an only child?