How to reach Milan by plane 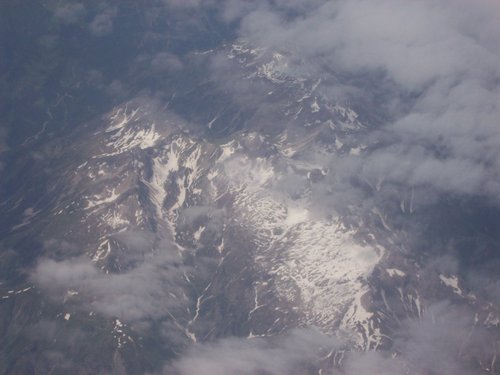 The descent into any of Milan's airports is always breathtaking, with the snow-covered Alps welcoming you into Italy. Milan is served by three airports, Malpensa, Linate and Orio al Serio.

Malpensa is the busiest airport, and the only one of the three to have more than one terminal. It's located around 50 km to the north-west of Milan, in the province of Varese. From here you can fly to all over Europe and all over the world. You can reach Milan city centre from Malpensa either by bus or train. The shuttle buses take around an hour to reach Milano Centrale railway station, and tickets cost 10 euro for adults for a one-way journey. The trains depart from an underground platform next to terminal and leave every half an hour. It takes either 43 or 52 minutes to reach Milano Centrale, depending on which train you take, and a one-way ticket costs 10 euro. The trains also stop at Cadorna, Bovisa, and Porta Garibaldi stations. 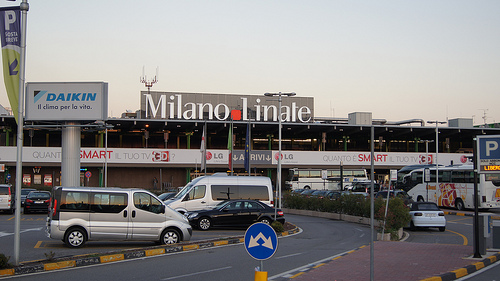 Linate is in the east of the city and is a mainly domestic airport. It's the smallest of Milan's airports and the closest one to the city centre, only 7km away. At the moment there isn't an underground line which connects the city to the airport, but the M4 metro line which is currently under construction will have Linate as the end of the line in the east of the city. If you don't want to shell out for a taxi, you're going to have to take a bus to reach the city centre. There are coaches which leave every half hour and go to Milano Centrale. A one-way ticket costs 5 euro, and it takes 25 minutes to reach the train station. There's also the 73/X73 bus which goes from San Babila (on the M1 red line) to Linate, and as this route is served by ATM - the company that runs public transport in Milan - a one-way ticket will cost you 1.50 euro. The difference between the 73 and X73 is that the X73 goes directly from San Babila to Linate, without stopping on the way, wheras the 73 does. The 73 bus leaves every 10 minutes, and the X73 runs every 20 minutes Monday-Friday. 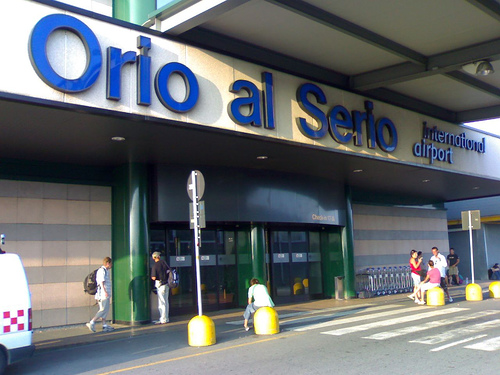 Milan
Photo credits: pierpeter
Orio al Serio is seen as being one of Milan's airports, but it actually isn't in Milan at all. It's in Bergamos, around an hour east of Milan. Orio al Serio is served mainly by low-cost airlines flying to other cities in Europe. Getting from Orio to Milan is slightly more difficult, the only direct route is on a shuttle bus, and tickets cost 5 euro one-way. You could also take the train from Bergamo into Milan, to do this you will firstly need to get the no.1 bus that goes from the airport into the city. If you are flying to or from Bergamo, consider putting a couple of hours aside to explore the beautiful Città Alta, the old town which is on a hill above the new part of the town. There's even a cable car to get up there!

Subscribe to our RSS and we’ll keep you updated !