Location
Palazzo De Mori is located in the town of Otranto, directly on the bastions that look out over the bay of Otranto. The town’s medieval centre that faces the crystal-blue seas is surrounded by an ancient city wall. The fascinating echo of the Far East is distinguishable in the distance. Brindisi airport is the closest airport to the hotel (approx. 100 km).

Hotel
Located in a restricted traffic zone, Palazzo De Mori is in the heart of the old town, just a few minutes from the beach. The hotel offers a stunning view out over the bay of Otranto. The building was once an aristocratic residence, as can be seen from the stone-paved patio and the terrace with the old stone parapet formed from stone columns.

Children from 10 years on upwards are welcome.

Rooms
All of the 6 rooms at Palazzo De Mori offer an enchanting view as the building looks out over the bay on one side and the castle and the bastions on the other. Complimentary Wi-Fi connection.
Classic – located on the second floor, double bed with two single mattresses. Window with views over the castle.
Superior – located on the first or second floor, sea view.
Superior Deluxe – located on the first floor, small balcony with sea view / castle
Suite – offering a bedroom with double bed, a second bedroom with a small double bed and a small living room.

Beach
The city beaches are about 10 minutes from Palazzo De Mori. There are numerous other beaches in the Salento area close by that are worth a visit: Porto Cesareo, Castro, Otranto, Gallipoli, Torre dell’Orso, Santa Maria di Leuca to name just a few.

Restaurant
Guests at Palazzo De Mori can enjoy a light and traditional breakfast made up mainly of local products and ingredients, and served on the terrace overlooking the sea. The hotel’s staff will be delighted to make suggestions on the best spots for lunch and dinner.

Services & Activities
Hospitality and welcome are distinctive features of Palazzo De Mori. The Wi-Fi connection is available for free of charge in all rooms and in the commo areas. There is a large stone terrace with its original parapet offering a stunning view over the bay, and a second terrace with a sea view. 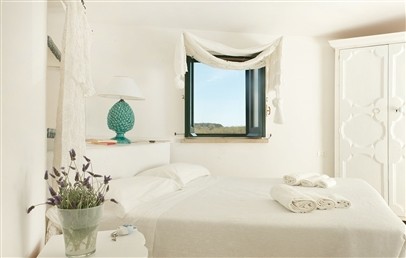 14-17 sqm – Double bed with two single mattresses
These rooms are located on the second floor and have a window overlooking the castle. Windowless bathroom with shower. Complimentary Wi-Fi connection. 15-20 sqm – Double bed with two single mattresses
These rooms are located on the first and second floor and have a window or small balcony overlooking the sea. Windowless bathroom with shower. Complimentary Wi-Fi connection. 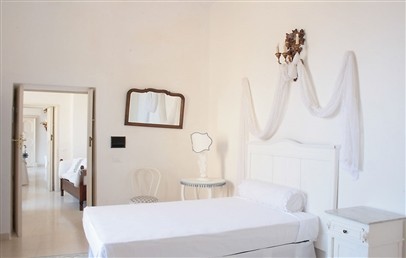 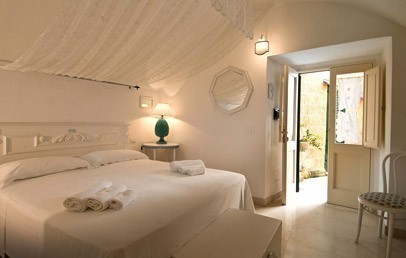 25 sqm – Double bed
The room is located on the first floor and has a small balcony overlooking the sea / castle. Windowless bathroom with a shower. The furniture is classic in white. A complimentary Wi-Fi connection is available.