Climbing to the top of Mt. Vesuvius is an exhilarating experience and a chance to see fabulous views of the Bay of Naples in Campania. 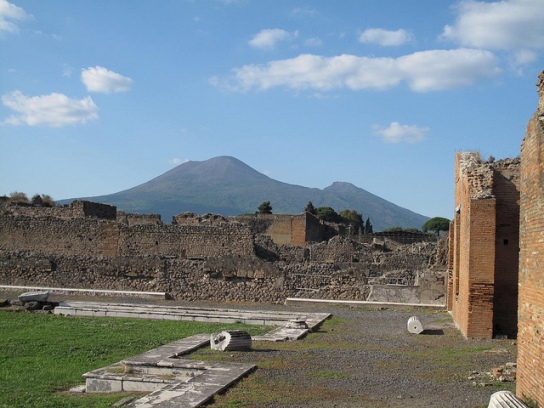 
Mt. Vesuvius has been an alluring sight for me since the first time I landed at Naples’ Capodichino airport and caught a glimpse of it rising dramatically in the distance. The autostrada south of Naples toward Salerno curves around the base of the volcano, and the signs along the way read familiar names, such as Pompeii and Herculaneum, the ancient Roman towns destroyed by the violent eruption of Mt. Vesuvius in 79 AD. The looming presence is a constant reminder that it has held in its grasp generations of Italians who have lived on the dangerous slopes of this volcano.


Mt. Vesuvius is an icon, a myth and one of the world’s most dangerous volcanoes all at once. While it hasn’t erupted since 1944, Mt. Vesuvius is considered an active volcano with the capacity of producing another disastrous eruption. But, for the moment, it is quietly keeping watch over the Bay of Naples. I had never been to the top of a volcano before, and one sunny day last October seemed like as good a day as any to climb Mt. Vesuvius! 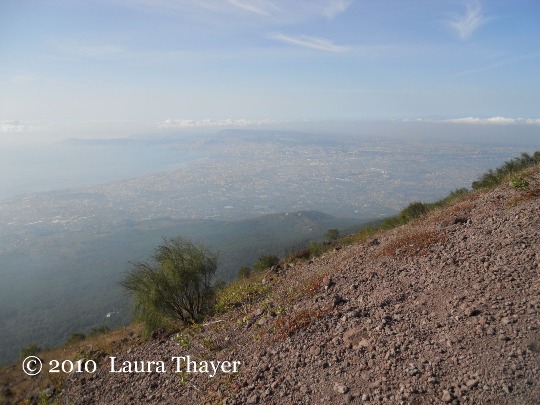 After exiting the autostrada at Torre del Greco, signs clearly led the way to the Mt. Vesuvius National Park, and soon we were following a road that zigzagged its way up the volcano. At first the tree covering was dense and green, but soon it began to clear and we could see the remarkable views. The day was only partly clear as some unusually mild autumn winds had blown in a bank of humidity and clouds that hugged the coastline along the Bay of Naples and Sorrento Peninsula. Below lay Naples curving around the bay, and in the distance I could spot the distinct shape of the islands of Capri and Ischia poking up through the clouds. The views were spectacular, and I could only imagine how far you could see on a clear day. 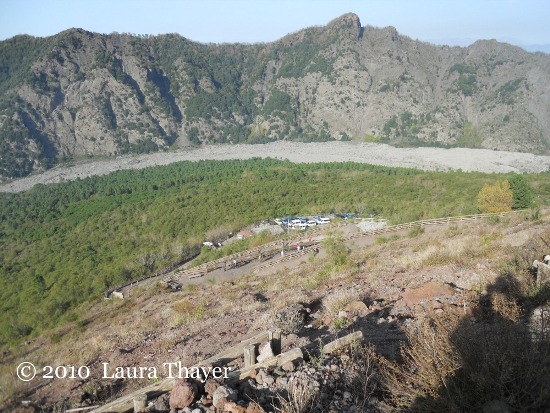 The road leads to a parking area near the ancient crater left from the explosive eruption of 79 AD. Nearby you can see the grey lava flow left from the 1944 eruption, one of the first reminders of the destructive powers of Mt. Vesuvius. The parking area has a couple of shops and is the closest you can get to the cone of the volcano by car. There is a footpath that leads to the top where you can walk around part of the crater. It takes about about 35-45 minutes to make the climb up the steep footpath, but the views from the top are well worth the climb. 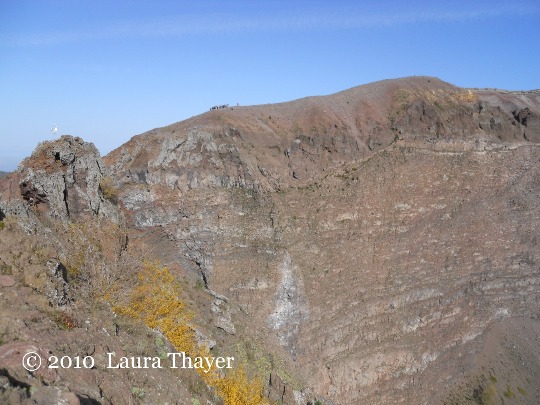 Peering over the edge of the crater and looking down to the bottom, I felt the power of the earth beneath my feet. Steam slowly floated up from one spot on the side of the crater. High above, a hiking group with special permits carefully made their way along the unmarked side of the crater. They seemed so small and their steps so precarious that it made me feel tiny in comparison with the huge crater. 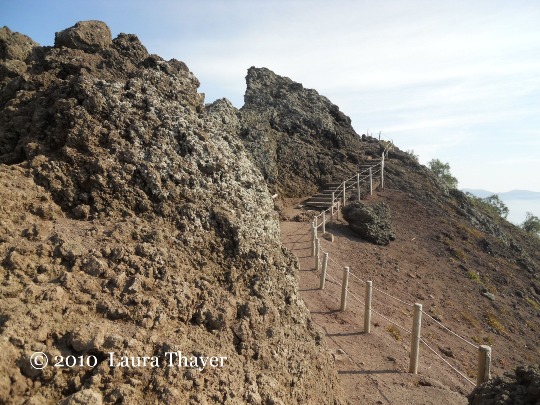 Once you reach the top of the crater the footpath is fairly level and easy to walk. The ground emanated a warmth that felt good in the cool October air. There is a stillness that comes with being so high, the only sounds being the crunch of the rich red volcanic stones beneath my steps and the wind blowing through the crater. Somewhere below lay the chaos of Naples, but up there everything was so silent, so full of beauty and power. 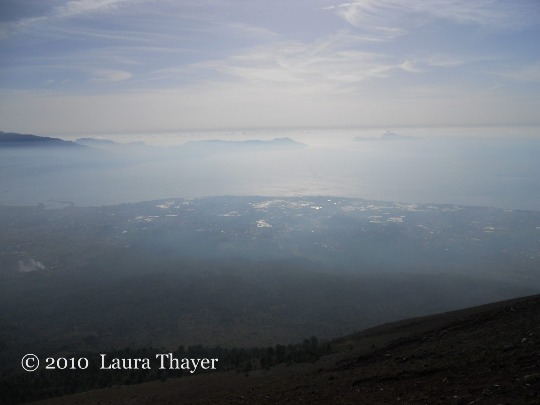 As I looked out over the sun shining on the Bay of Naples, I could spot the familiar curves of Capri just off the tip of the Sorrento Peninsula. I held my breath as I thought I heard the volcano let out a deep, dark grumble. Did it really happen or was my imagination getting carried away? I’ll never know for sure, but it’s one of the many memories I treasure from climbing to the top of Mt. Vesuvius. 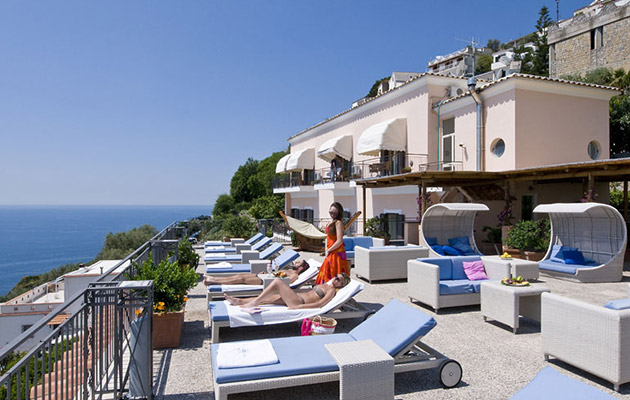 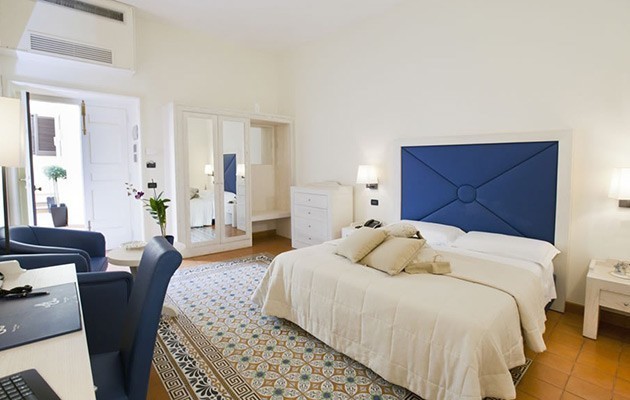 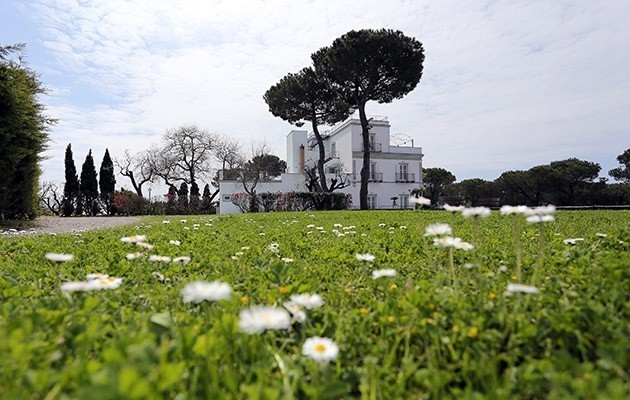 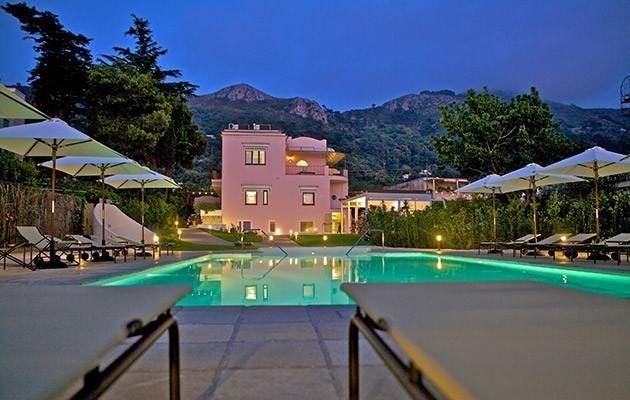 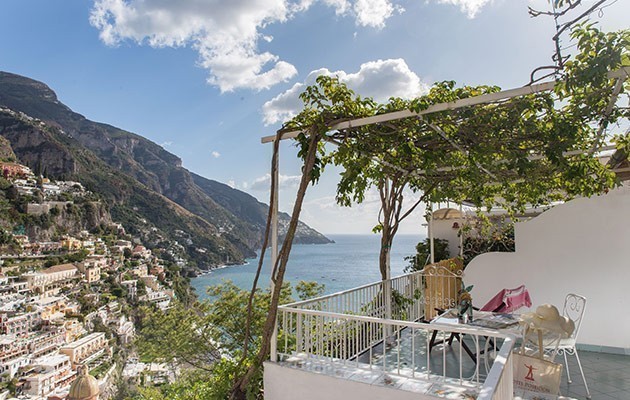