How is Carnival celebrated in Sardinia? 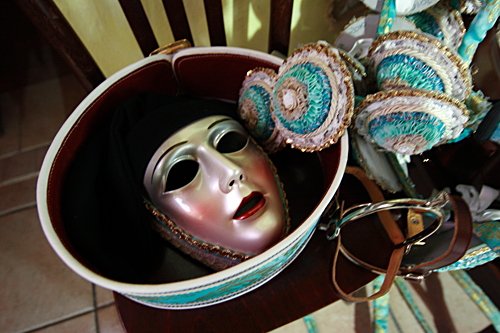 Carnival in Sardinia starts from the feast of St. Anthony (January 17th) and ends the Ash Wednesday (the first day of Lent which occurs forty-six days before Easter). During St. Anthony’s celebrations, while dancing and singing around the fire, the traditional masks appear for the first time of the year. Carnival celebrations in Sardinia are concentrated between Tuesday and Thursday before Lent.

The Carnival of Tempio Pausania (northern Sardinia, the heart of Gallura region) has the most popular parade of the island. 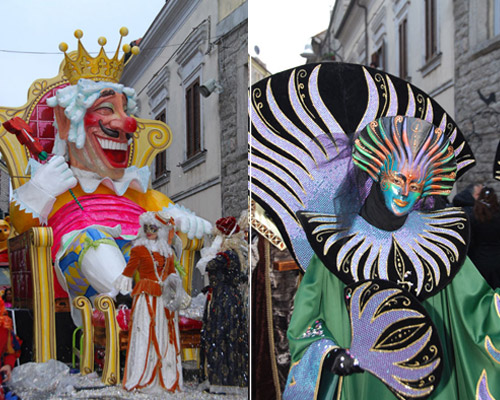 The protagonist of Tempio Pausania Carnival is Re Giorgio (King Georg) which can personifies the Mayor, the Prime Minister or the President of the Italian Republic: in any case it represents the cause of all evils of the city.  Re Giorgio is hailed and celebrated during the whole week, before being processed and fired in the main square.

A traditional Carnival is celebrated in Barbagia region (Carnevale Barbaricino). The most popular is in Mamoiada, which protagonists are the Masks of Mamuthones and Issohadores, considered the most popular in Sardinia. 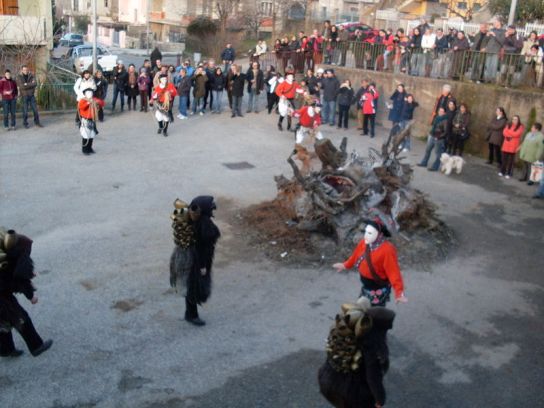 Mamuthones dance in a kind of procession while Issohadores, around them, try to “catch” passers with their ropes. Being catched is a good whish for both men and women. 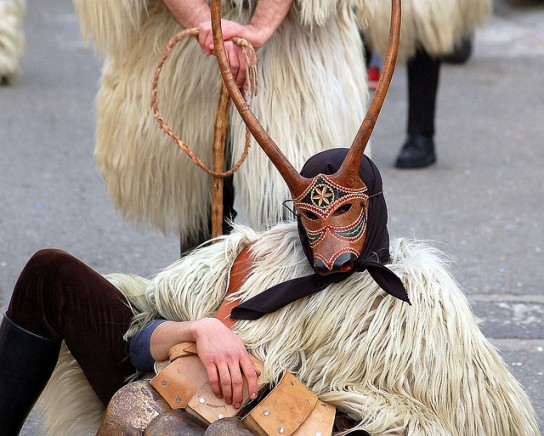 Similar Carnivals are organized in other towns of Barbagia, with different Masks typical of each place. Very popular are, for example, the Masks of the Carnival of Ottana (Sos Merdules" and "Sos Boes") and Orotelli ("Sos Thurpos").

Oristano area is popular for its equestrian Carnival. The most popular is the one held in Oristano, with the Sartiglia Carnival: it’s an ancient carousel dating back to XVI century which main protagonist is “Su Componidori”. 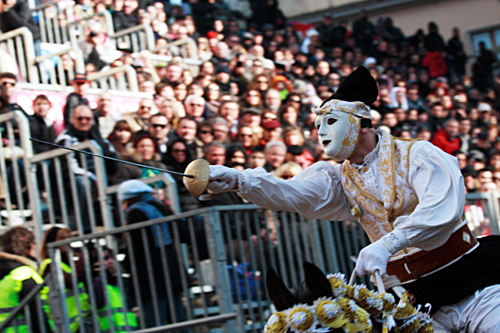 He leads the horsemen to spear the stars hung by a thread. The first official part of the tournament day is the dressing of Su Componidori by following a kind of ceremonial ritual, very impressive and touching.

In Santu Lussurgiu, a small municipality in the province of Oristano, take place one the most popular equestrian stunt riding of the island. 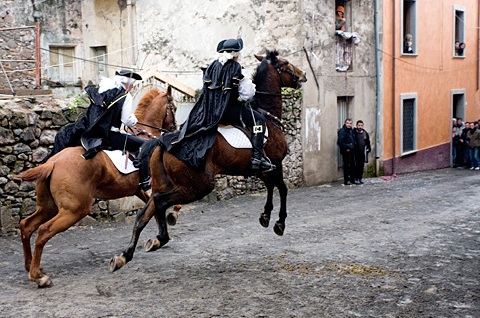 It is called "Sa Carrela 'e nanti" (road that lies ahead, from the street where the event take place) and it is characterized by the strong participation of the local community.


In case you missed it, have a look on How Carnival is celebrated in Tuscany!