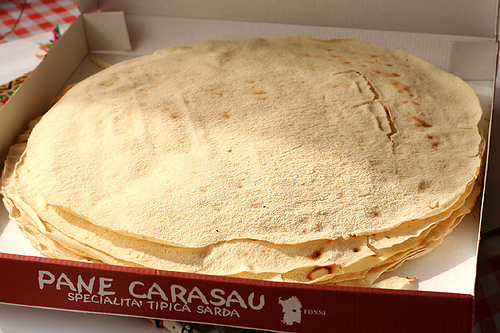 Known as Pane Carasau or Carta da Musica (sheet music), it has nothing to do with music! It is actually a typical Sardinian bread, thin and crisp. Once consumed above all by the shepherds, because of its long time of preservation, it is today eaten all over the island. Pane Carasau is also used to prepare other dishes, such as Pane Frattau: a kind of Lasagne, made with eggs, cheese and tomato sauce. It is one of the most popular symbols of Sardinian cuisine: if you have been to Sardinia, you have certainly tasted it! Isn’t it?!