The magic of Milan for Christmas

Milan at Christmas is even more beautiful! 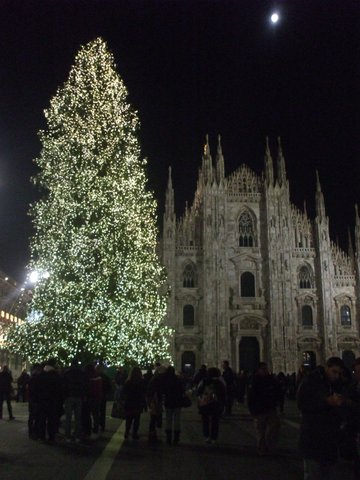 
Piazza del Duomo with the Christmas tree lit up at night is one of the most beautiful things I've seen in Milan. There are Christmas decorations all over the city, but the massive tree in Duomo is easily the most impressive decoration in the city. It's put up in the Piazza every year at the beginning of December, and there are also beautiful decorations in Galleria Vittorio Emanuele II, which is just off the piazza. 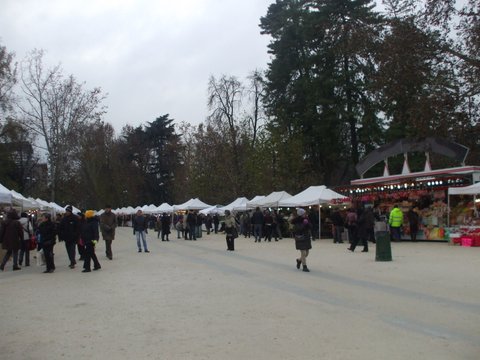 
The Oh bej! Oh bej! fair is held every year on and around the 7th of December, which is Sant Ambrogio's feast day, the patron saint of the city. The origins of the fair can be traced back to 1510, when a delegate of the pope arrived in the city, giving gifts to the children, who then exclaimed in Milanese dialect 'Oh bej! Oh bej!' ('How nice! How nice!') in joy. It's the most important open-air Christmas fair in the city, and is very popular every year, especially as it's held on two bank holidays for the city (the second one being the Immaculate Conception on the 8th of December) The fair's currently held in front of the Sforza Castle and inside Parco Sempione, with the road outside the castle being closed to traffic. Here you can find local delicacies, handmade crafts and jewellery, toys, Christmas decorations and much more. 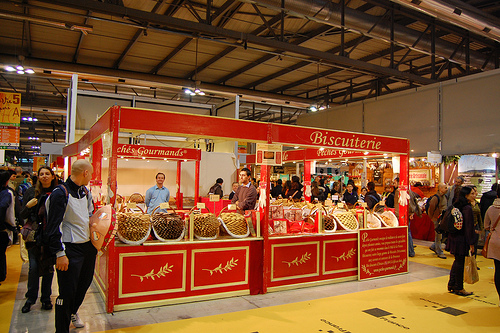 
The L'Artigiano in Fiera what I like most about Christmas in Milan, and is an event I look forward to eagerly every year. It's not your typical Christmas fair, but an exhibition held at the Fiera Milano exhibitions centre in Rho, just outside the city. Last year a whopping 3 million people visited the fiera, which hosted stalls from over 110 countries. It starts on the first Saturday of December, and runs until the Sunday of the following week. Here you could do all your Christmas shopping, and judging the amount of trolleys and cases being dragged around every year many do. My favourite thing about the fiera is the stalls selling food from all over the world, but there are also stalls selling all sorts of goods. Clothes from China, jewellery from India, and of course, traditional food from all over Italy. Entrance to the fiera is free, and you can reach it on the M1 line of the underground; when there are events running at Fiera Milano there are special metro tickets available which cost 4.50 euro return.
Would you add some places to go during Christmas time in Milan?
If you’ve missed it, take a look at “Have a Very Venetian Christams” and do not miss our next suggestions on what to do for Christmas holiday in Italy!
Subscribe to our RSS, follow us on Twitter, Facebook and Pinterest and stay tuned!

CharmingItaly >
Blog >
The magic of Milan for Christmas