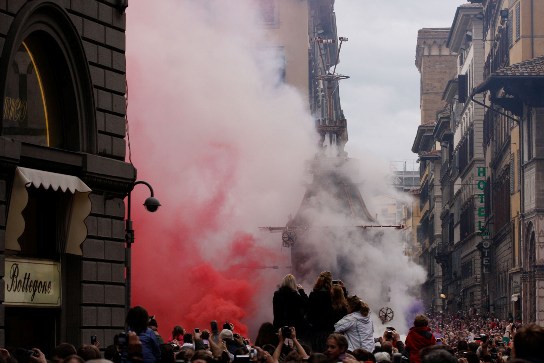 Scoppio del Carro - Ancient Easter Tradition in FlorenceCredits: PicasaWeb
Tradition of the “scoppio del carro” began its ceremony after the then bishop Ranieri took over Jerusalem during the First Crusade. On July 15, 1099, Pazzino di Ranieri de’ Pazzi’s army defeated Jerusalem and was said to be the first to hang a Christian banner on the walls of the holy city. He received a reward from the commander-in-chief, Godfrey IV de Buillon which were three chips of stone from the Holy Sepulcher of Christ. They were carefully brought to Florence in 1101. 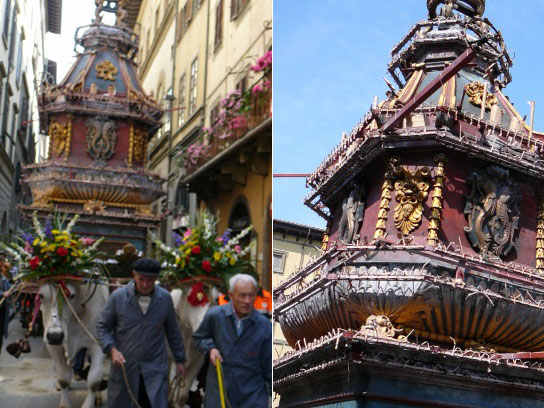 These stones were held by the Pazzi family for many years. They were used to start the first spark of the ‘new fire’ which was to symbolize the new life. This fire was distributed to other families to help ignite things around the house, such as lights, fireplaces. These lights and fires were put out on Good Friday and then lit again on Easter. Thus Florence took on the tradition of passing the fire from Jerusalem. 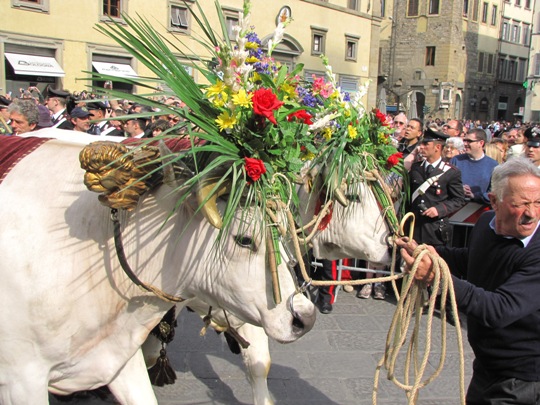 The stone chips lived in the Church of Santa Maria Sopra Porta or San Biagio which is was later called. It is now the Biblioteca di Palagio di Parte Guelfa. In 1785, the Holy Sepulcher stones were moved to Santi Apostoli where they are still held to this day.  The cart was brought to private homes as well to light the candles of specific families. The Pazzi family was one of the them which kept hold of this tradition as their own. For many centuries, they used to ignite the fire on Holy Saturday instead of Holy Sunday.

As years and centuries passed the cart became more extravagant. The thought of developing a cart that would explode was introduced in 1494. The cart explosion was first lit in the front of the Baptistery(where it is still held) and then a second time on the street corner of the Pazzi family, ‘Canto dei Pazzi’. The Pazzi family explosion of the cart ended in 1900. 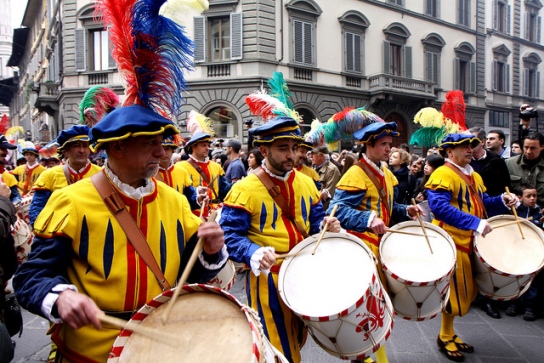 During the reign of Leo X, a ‘colombina’ ,a rocket shaped like a dove that had an olive branch in its beak,was used for the first time to ignite the fire. The dove is a symbol of the Holy Spirit and of Easter peace. The cart explodes with the fireworks and pyrotechnics that it is stocked with to show a new beginning and a new life.

The Scoppio del Carro will take place on April 24th (Easter Sunday) in Piazza del Duomo, Florence. I will confirm the time of this event shortly.

Easter in Italy: do not miss our  free ebook Top 10 Easter Traditions in Italy!