Riva Lofts Florence: on the architectural lines by Claudio Nardi

A place that grows and changes with you, just like a home 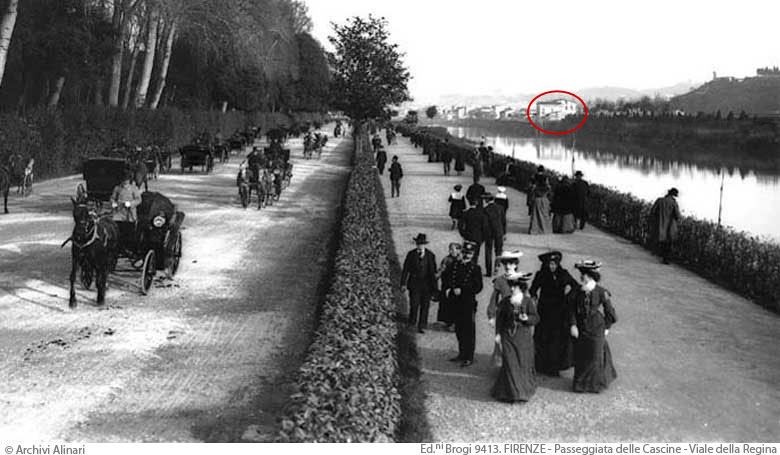 It was a dull day I think, but the context was pretty borderline, nomadic encampments nearby, no gardens, all in a state of disrepair, but I liked it, it struck me.  Strangely, I’d never noticed this place before, it seems that all of Florence knew about it, when I visited with a friend , Mauro, who thought he could turn it into a workshop for the production of jewelry. It fascinated me.
Mauro saw more immediate problems that the possibilities offered by this secret place. So, a little later, I bought it and it became, after a great deal of renovation, my studio and my home in Florence.  It was 1998.

Since then and over the next 15 years, everything has changed rapidly and continuously, the neighboring buildings restored, new public gardens attached to the Cascine Park (which is also changing and improving), a cycle path, a new and nearby Golf Course, New Music Park, tramway, parking, less traffic… a miracle!
This general improvements has been the input to a new experience for my house which has become also a guests house: Riva Lofts Florence.

I tried to imagine myself as a traveler, what would I be looking for? A place that stimulates curiosity and excitement, but also a subtle sense of deja-vu and well-being.

The two identities that I imagined for that site, the first, the architectural firms office and my home, and the second, Riva Lofts, home to travelers, have much in common: an airy approach, with attention to tradition and modernity, architecture and details, to create a place suspended between the historic city and the countryside, between a contemporary vision and ancient rocks.
The aspects that I would not change for the world are the set of details, the similarities, contrasts, overlaps. Now I would not be willing to go back to minimalist aspect, as it was in the beginning.

If the Riva Lofts was a song, it would be “Sapore di mare” by Gino Paoli ... even if we have the river instead of the sea, real sensory sensations that become sensations of the soul.
I'd like also to be able to compare it to the literature that I love the most: a novel full of personality and complexity but open, which you can read and interpret on several levels, for fun, for interest, curiosity, and where each one of us can identify ourselves in the story.

My daughter and I would like to not be a designer hotel, but a home, where styles, flavors, tastes and memories combine. A place that grows and changes with you, just like a house and home.

A special thanks to Claudio and Alice Nardi
Discover more about Riva Lofts Florence..