The Secrets of Florence - Photo Article

A local Photo Trip through Florence

There are many hidden secrets of Florence that you don't have to pay to see.
I'm still searching for most of them. The one I love to search for now is the wine doors. They are these tiny arch-shaped windows which look like little doors. They can be found on large walls of the most prestigious palazzi. Some can be found with the same wooden doors and others have been covered over with cement. These windows were for serving wine to the peasants of Florence. Usually the families harvested a large amount of wine each season so they would sell the excess of wine they had.

I wonder if I knock on this one, will a glass of wine appear? 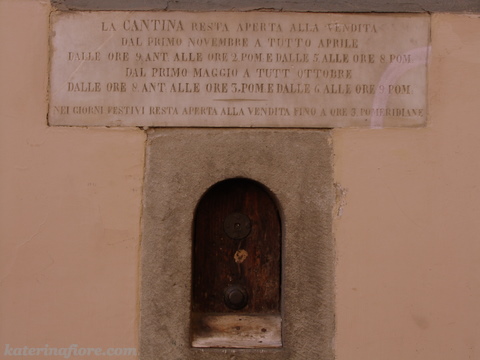 The Bull and the Baker
On the left hand side of the Duomo at the top of the supporting column, you can see a head of a bull sticking out.
This was to honor the animals that died during the construction of the Duomo.
But there is yet another story about this bull's head.
Legend has it that the bull's head represents the spot of one of the workers of the Duomo. This master stonemason was said to have been the lover of the baker's wife who had a shop not far from the Duomo. When the baker found out, he became enraged and took them both to court. The lovers were found guilty of adultery and were forced to stop seeing each other. But in an act of revenge the stonemason mounted the head of the bull right in front of the baker's house so he could always be reminded of his wife's betrayal. 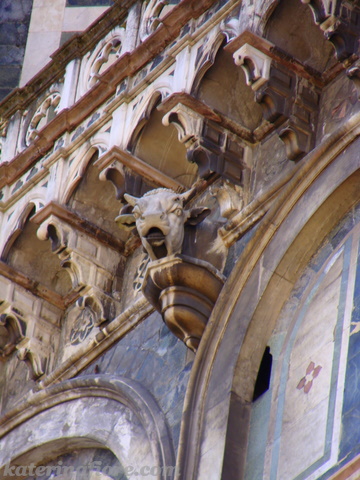 Florence Pictures: secret gems in and around the city

The wall-in window
In 1560, The Pucci family became the enemies of the Medici when Pandolfo de' Pucci was kicked out of the Medicean court due to an accusation of immorality. Filled with rage, Pandolfo decided to take revenge and hired assassins to kill Cosimo I.
The idea was to have the killers hide on the ground floor behind the first window of Palazzo Pucci, on the corner of Via de' Servi and wait for Cosimo to pass as he did on his walks to Piazza S.S. Annunziata. Unfortunately the secret service of the Medici found out about the Pucci plan. As a result, Pandolfo Pucci was taken to trial and sentenced to be hanged from the Bargello windows. After that Cosimo I still walked the same route down Via de' Servi and was always reminded of the close call he had of being assassinated. If it was out of caution or superstition, he ordered the window to be walled in for his own peace of mind. 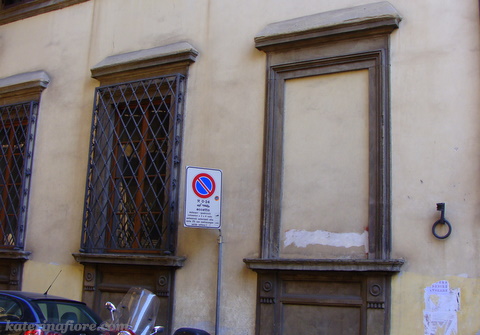 History and curiosities of Florence - Photos

The wheel of Innocenti
This beautiful window was designed by Brunelleschi and the 'puttini' (little babies) are by Andrea della Robbia. Located in Piazza S.S Annunziata can be seen on the left hand side on top of the several steps. It is now covered by bars but a long time ago there was a revolving wooden wheel inside the window. Inside the window and alongside there was a bell and a cord. The idea was that mothers who were unable to keep their babies, they would place the new-born baby inside the wheel, rang the bell and then disappear.
The window opened into a hall inside "Spedale" and when the bell rang a nun would arrive and take the baby from the wheel. Many mothers would attach little keepsakes around the babies necks such as buttons, medals, pieces of fabric and rings.
These keepsakes were kept by the nuns so if at any time the mother would come and reclaim custody of the baby. It was used as a  means to identify which child was theirs. The objects are on display in the museum of the "Spedale". 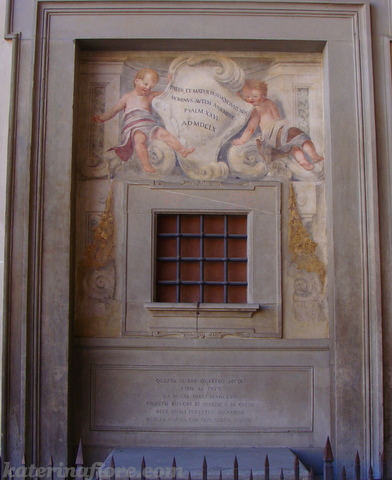 The Cupola's fallen ball
A violent storm tormented the city on January 17th, 1600, luckily all residents of Florence stayed inside because something truly scary happened.
A large bolt of lightening hit the large ball of copper on top of Brunelleschi's dome. It was originally placed up there in 1472. The lightening was so forceful it broke apart the supporting bracket and rolled down the rim of the dome before landing firmly in the stones of the piazza. 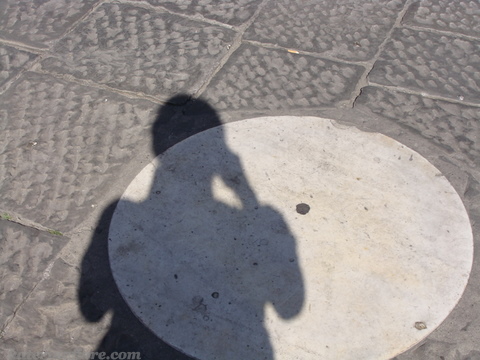 Florence Photo Tour - Discover the secret places of the city

It took 2 years to restore the ball. It was positioned on the top of the dome in the summer of 1602. There is a marble stone in the piazza signifying where the ball dropped on that stormy night. 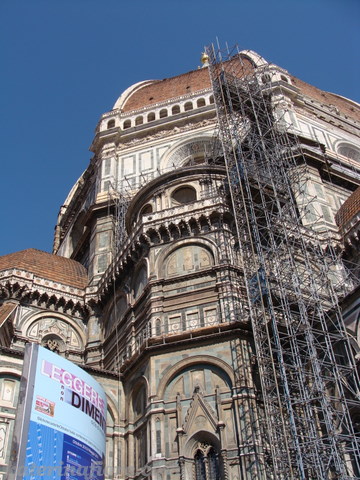 I have plenty more of these. So many secrets in Florence!