Volterra: A calm city in the hills

I was fortunate to visit Volterra earlier this year with a friend.  When we arrived up the winding roads, I was full of emotion. The hill towns in Tuscany each have their own personality. 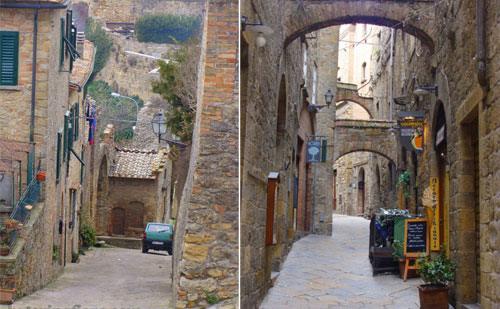 
I have only heard great things of this place so I was excited to visit nonetheless. Volterra is known for its Roman theatre, it's Etruscan artifacts and the most famous after all that is the local mining of alabaster. Craftsmen create gorgeous statues and lamps with this material. The scenery surrounding Volterra is best seen in the autumn and winter right after the fields have been ploughed below. The center of the city has many narrow alleyways and winding streets that are arched. 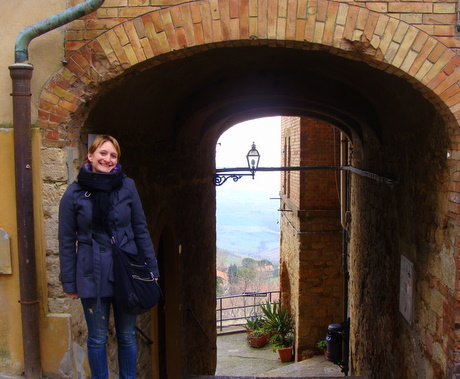 The Palazzo dei Priori stands out in the middle of Volterra. With its protected tower, it is the oldest town hall in Tuscany and believe it or not the town council still meets here. They began building it in 1208 and completed it in 1257. Palazzo Pretorio surpasses the Torre del Porcellino (13th century) which acquired it’s name from the sculpted boar on a bracket to the right of the top window. It was modified in the 19th century which is made up several buildings. This tower is considered to be one of the first towers built in Volterra. 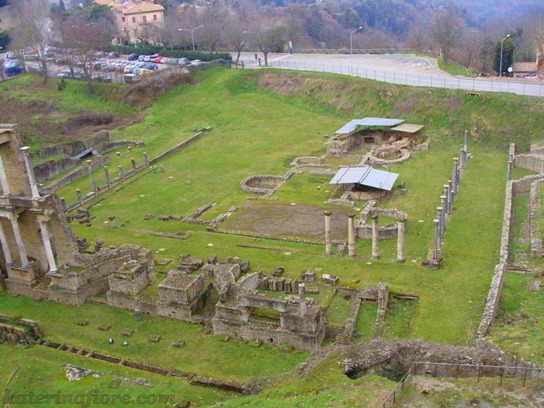 The entrance to the Roman theatre starts from Porta Fiorentina which was built at the end of the 1st century BC and it is still very well preserved today. In 1952, excavations were begun by Enrico Fiumi who discovered two tiers of Corinthian columns over 5m high. Remains of the Roman baths are prevalent as well. We explored this Roman theatre from above, since we didn’t want to pay to enter. You can see it all from Via Lungo le Mura del Mandarlo. There were numerous coins found in the excavation of this space which are now on display in Museo Guarnacci. 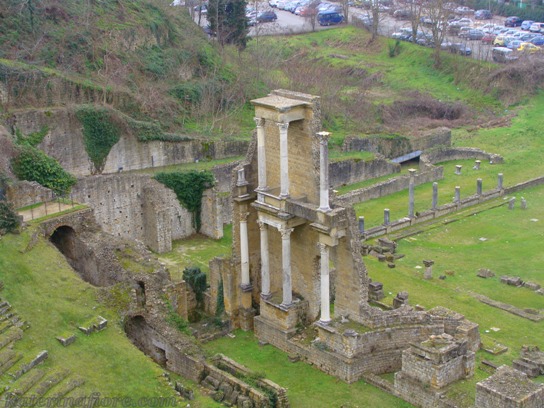 Behind Piazza San Giovanni, Porta all’Arco is the main Etruscan entrance of the town. Dating back to the 3rd and 4th centuries BC, Porta all’Arco was partially rebuilt in the 1st century BC by the Romans. The amazingly round arch is decorated with what is supposed to be Etruscan divinities that are three monumental heads. Porta all’Arco has surprisingly surpassed many sieges and war.  It was saved one night in 1944 by filling the arch with paving stones to strengthen its resistance to shelling. Written in stone near the arch reads:


“Dear visitor, this arch, one of our greatest monuments, was preserved single-handed for your admiration from the threat of a barbarous war by the citizens of Volterra”.

CharmingItaly >
Blog >
Volterra: A calm city in the hills