The Ancient Greek Temples of Paestum

Step back in time to discover Campania’s ancient Greek and Roman heritage at Paestum. 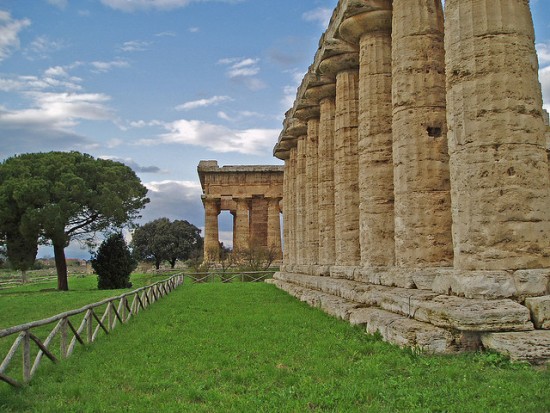 The ancient city of Paestum is home to some of the best-preserved Greek temples in the world, and is an easy day trip from anywhere in the region of Campania.

Standing before the magnificent temples of Paestum is a humbling experience. These imposing temples have endured wars, earthquakes, Saracen pirate attacks, pillaging, abandonment and neglect to stand on this spot for over 2,500 years. Walking among the ancient stone streets of Paestum is a rare chance to step back in time to see Italy’s Greek and Roman heritage. Greek settlers from Sybaris, an ancient town located in what is today the region of Calabria in southern Italy, founded the town of Poseidonia around 600 BC, which they named after the god Poseidon. The fertile plain and sea access, once much closer than it is today, turned little Poseidonia into a flourishing port town. The inhabitants built the town’s three grand temples to honor their gods from about 550-450 BC, when the Greek town was at its peak.

While the Greek temples are Paestum’s most impressive remains, much of the rest of the city that has been uncovered dates from later times. Around 400 BC, the Greek town was attacked and conquered by the Lucanians, a tribe of people from the mountains. It wasn’t long before the Romans took over control in 273 BC, and it was then that the town was renamed Paestum. 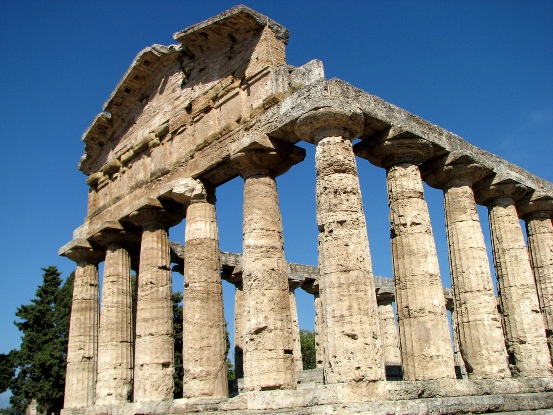 The Temple of Ceres is the smallest of the three Doric style temples at Paestum. It was built around 500 BC and was originally dedicated to the goddess Athena. The current and inaccurate name was coined by early archaeologists, who thought the temple was dedicated to Ceres. However, later excavations revealed votive offerings that indicated the temple was instead built to honor Athena, the goddess of war and wisdom. 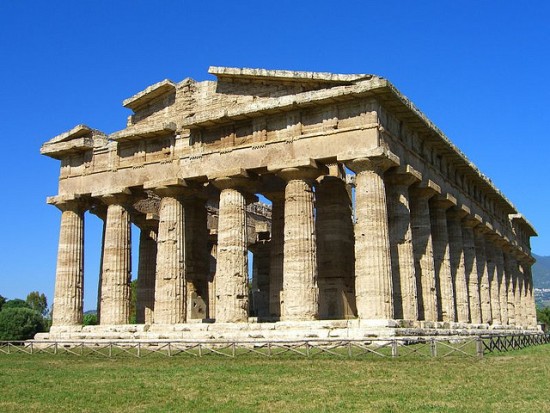 Walking through the Forum, which was once the busy center of the Roman town, you’ll see two splendid temples side by side in the distance. The first is the Temple of Neptune, which is now thought to have one been dedicated to Hera or Zeus. This impressive temple was built around 450 BC, and is one of the best-preserved Doric temples in the world. Look up at see the intact triangular pediments and the entablature running along the top of the columns. 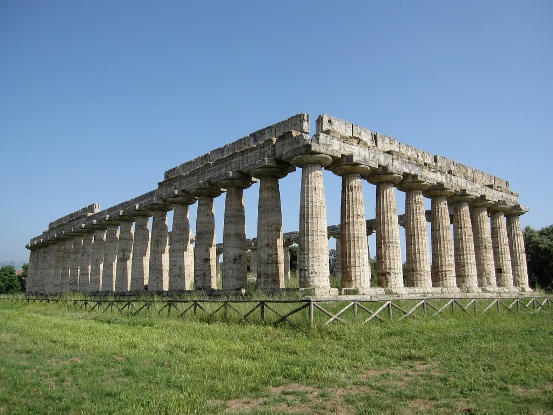 Next to the Temple of Neptune is the Temple of Hera, which is often referred to as the Basilica. This temple dates back to 550 BC, making it the oldest at Paestum and one of the oldest standing Greek temples anywhere in the world. It is considered a fine example of the Archaic Doric architectural style. 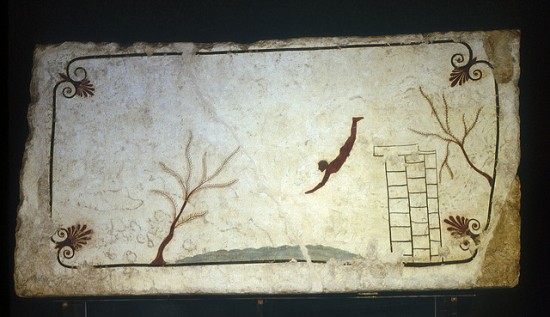 The Museo Archeologico Nazionale is one of Campania’s best museums, and is a must for travelers interested in Greek and Roman art and history. The museum offers a well organized and displayed collection of items excavated at Paestum from the prehistoric settlement to the Greek, Lucanian and Roman periods of the town’s history. The Greek collection has many treasures, including nine perfectly intact vases uncovered in a memorial tomb, votive offerings discovered in the temples, pieces of the temples, an impressive statue of the Greek god Zeus dating from 520 BC and frescoes from tombs located outside the town.

The highlight of the collection is the mural series called the Tomb of the Diver, which dates from 480 BC. This unusual fresco cycle once decorated the interior of a tomb, and is thought to be the only existing example of Greek painting. 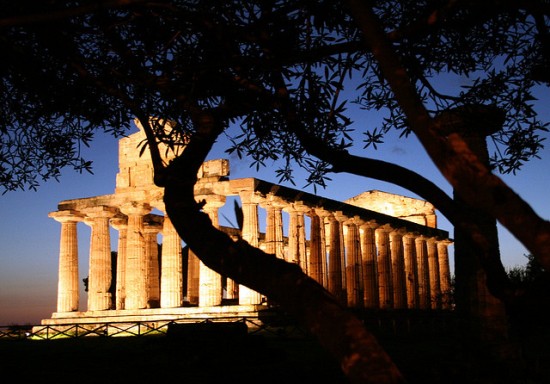 Walking through the ruins at Paestum and gazing up at the marvelous temples never fails to impress me. There is a silence that fills the air, adding a sense of solemnity to the austere ruins of these impressive Greek temples.