Things to Do in Naples – Santa Chiara Convent and Cloister

Visit the Santa Chiara Convent, Cloister and Museum in Naples 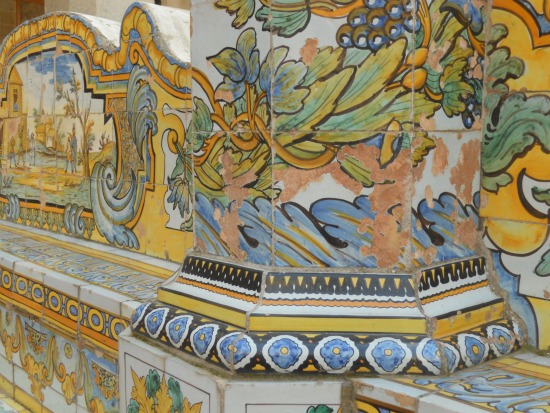 Things To Do in Naples Santa Chiara Majolica Tile Cloister

Just steps from the hectic Piazza del Gesù Nuovo at the start of the famous Spaccanapoli street running straight through the Greco-Roman historic center of Naples, a gated entrance opens onto a view looking straight up to the imposing façade of the church of Santa Chiara. Built in the early 14th century, Santa Chiara is a masterpiece of Provençal-Gothic architecture. 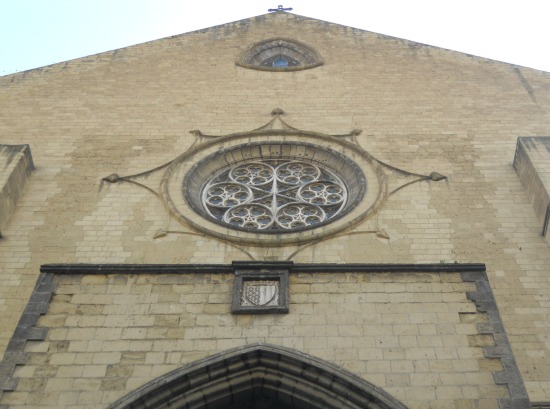 Things To Do in Naples Gothic Architecture


The church was redecorated in the Baroque style between 1742 and 1769 by the talented Neapolitan architect Domenico Antonio Vaccaro. Stepping inside the stark and solemn nave of the church with its soaring roof, visitors will notice immediately that Vaccaro’s Baroque artistry is no longer present. On August 4, 1943, bombings and fires during World War II significantly damaged the church. After the war, the significance of the church led to a rapid reconstruction, completed by 1953, which honored the presumable Gothic appearance of Santa Chiara. 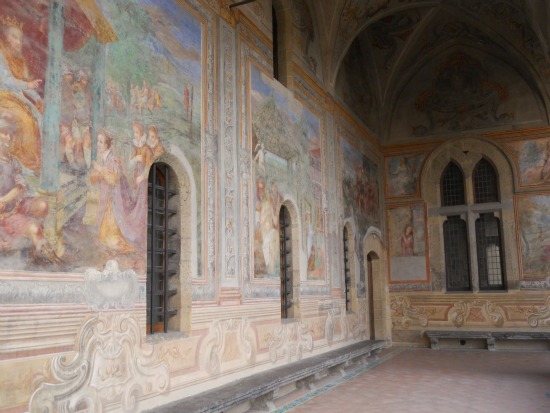 One of the highlights of visiting Santa Chiara is spending time in the peaceful cloister dating from the 1320s. Walking around this monumental cloister, you can see the elaborate and well-preserved fresco paintings dating from the first half of the 1600s. However, it’s difficult to ignore the allure of the colorful majolica tiles in the center of the cloister. This masterpiece of ceramic work was created by Vaccaro from 1739-42, and is one of Naples’ most impressive artistic sights. 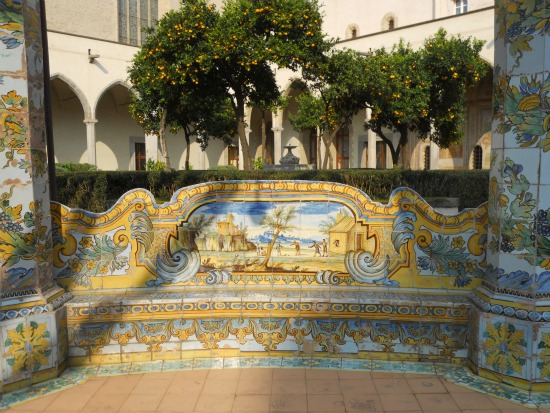 Things To Do In Naples Santa Chiara Majolica Tile Cloister


The octagonal columns and benches in the cloister of Santa Chiara are covered with majolica tiles in rich shades of yellow, blue and green depicting scenes from country life, scrollwork, Baroque decorations and grape vines. It’s easy to get lost in the riot of color and design on a sunny day! After exploring the pathways through the cloister, follow signs to enter the Santa Chiara Museum located just off the cloister. The museum is dedicated to the history of the church, and houses a well-displayed collection of sculpture, paintings, liturgical objects and fascinating photo documentation of the original Baroque interior of the church, devastating WWII damage and subsequent restorations. 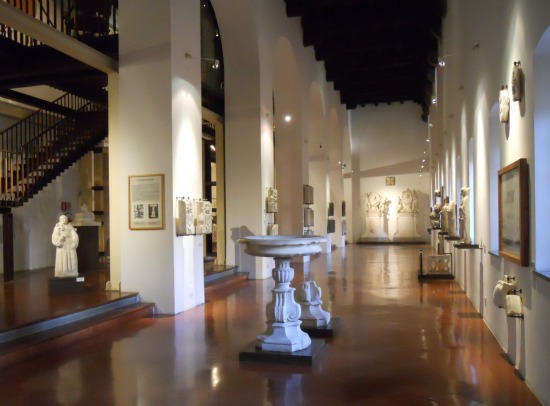 Naples, like so many Italian cities, has been built layer upon layer for centuries. The Santa Chiara museum offers the chance to explore one of the oldest layers dating back to the Roman city of Neapolis, which has been excavated near the cloister. Here you can walk on a scaffold above and around an ancient roman thermal bath dating from the first century AD. Signs in the archaeological area explain the different rooms and baths along with their function in the spa. 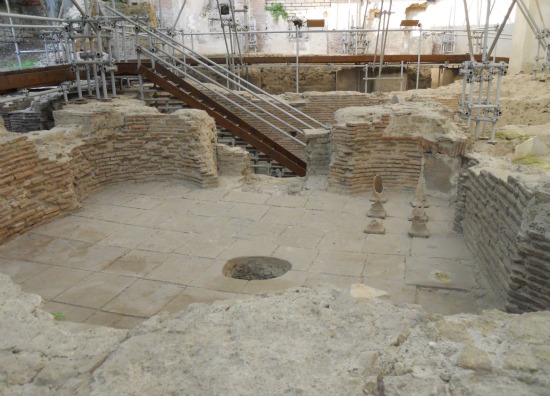 
Before leaving, take a quick peek in a small, darkened room located off the cloister, which is home to a beautiful example of 18th-century Neapolitan Christmas nativity scenes. Take another glance toward the serene majolica-tiled cloister before stepping back out into the lively streets of Naples.