At the tip of the beautiful Sorrento Peninsula lies Nerano, a little known and charming fishing village on the Amalfi Coast. Escape the tourist crowds in Campania and soak up the warmth of the Mediterranean sun in this picturesque seaside village. 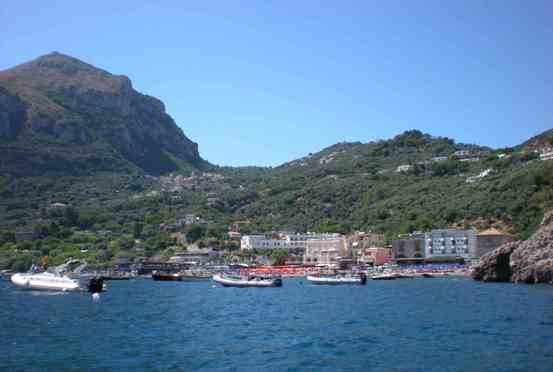 Southern Italy’s famous Amalfi Coast is home to villages and tiny hamlets built into the rugged coastline along the Bay of Salerno. The village of Nerano is off the tourist path and offers a secluded getaway on the stunning Amalfi Coast.

Located near the isolated and windswept point of the Sorrento peninsula, Nerano is surrounded by one of the most untouched and dramatic areas on the Amalfi Coast. It’s a landscape of rocky cliffs, ancient olive groves and intense natural beauty. Not far from Punta Campanella, the lighthouse that marks the very point of the peninsula, Nerano is a tiny village built into the mountains overlooking a pretty little harbour below. Despite its attractive setting, what brings most visitors to Nerano is the seaside hamlet of Marina del Cantone. 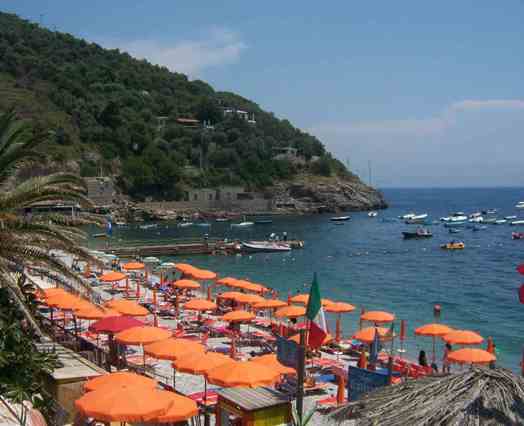 A steep road leads from the village of Nerano down to Marina del Cantone, where you’re greeted by brightly coloured umbrellas lining the beach and the sparkling blue Mediterranean Sea. The pebbly beach hugs the gentle curve of the quiet harbour, and the beachfront offers one lido after another where you can rent sun beds and umbrellas. Marina del Cantone is known for its clear water, which is so inviting on a sunny day that you won’t be able to resist diving in! 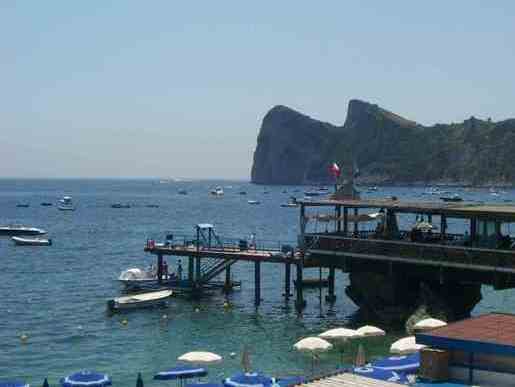 The beach is lined with restaurants, nearly all offering outdoor terraces with lovely views of the harbour. The hardest part is trying to choose where to go first! While you’re in Nerano, one of the local specialties to try is Spaghetti con Zucchine alla Nerano. Pasta prepared with zucchini and parmigiano is a traditional dish all over the Amalfi Coast, but in Nerano the dish takes on a richer and creamier flavour with the addition of caciocavallo or the Provolone del Monaco D.O.P cheese made exclusively on the Sorrento Peninsula. 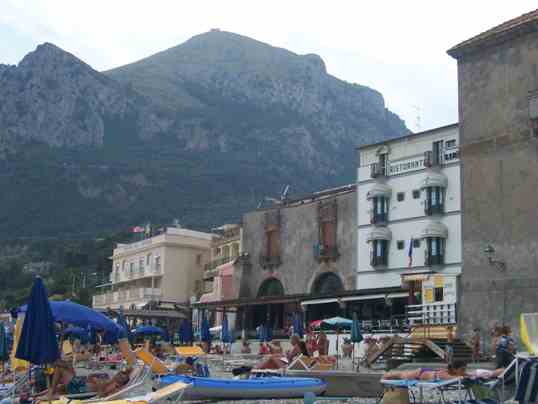 Marina del Cantone still feels like a sleepy fishing village. Small, colourful fishing boats resting on the beach are  reminders of the village’s humble past. Lined with a mix of quaint old buildings and more modern structures, the beachfront has maintained its old-fashioned charm.

Nature lovers will want to explore the untouched beauty of the mountainsides surrounding Nerano. One of the most beautiful walks starts in from the village of Nerano and leads to the beautiful Bay of Ieranto taking you through olive groves that are thought to have been planted by ancient Greek settlers in the area. The trail descends to the Bay of Ieranto, a protected area on the Amalfi Coast, which has spectacular views of the coastline and Capri’s famous Faraglioni rocks. The walk takes about an hour, but plan longer for enjoying the views and a dip in the clear waters at the small cove in the Bay of Ieranto. 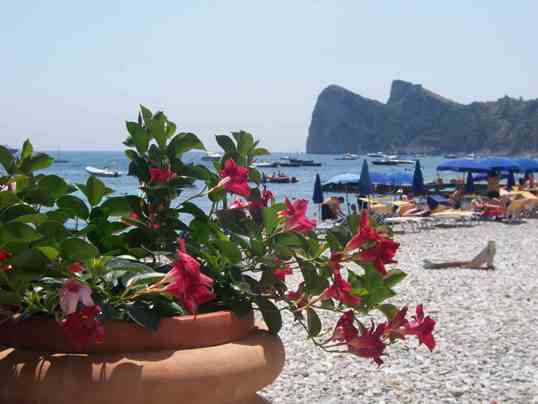 Perhaps the best way to enjoy the beauty of Nerano is by just relaxing on the beach overlooking the harbour. The small boats moored there bob up and down in the waves stirred up by the jets and ferries passing by on their way to and from Capri and destinations on the Amalfi Coast. It’s a pleasant reminder of the hustle and bustle of daily life that you’ve escaped from on Nerano’s peaceful beach.