Visit the Church of Santa Maria Assunta, set right in the heart of the seaside village of Positano on the Amalfi Coast. 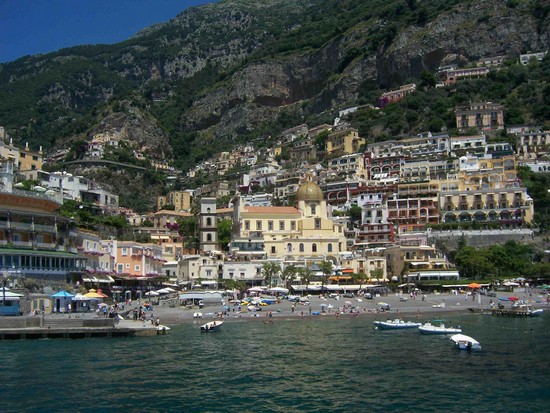 Famous for its fashion design and nearly vertical setting with colorful villas stacked one on top of another up the cliff side, the Church of Santa Maria Assunta is an important part of Positano’s cultural, religious and architectural landscape. The church is one of the town’s most prominent and photograp hed sights, as it is located right in the center of Positano just a few steps from the Marina Grande beach. The church’s colorful majolica tiled dome is one of the town’s iconic symbols, its intricate pattern of yellow, green and blue tiles shining against the blue sky and Mediterranean Sea. 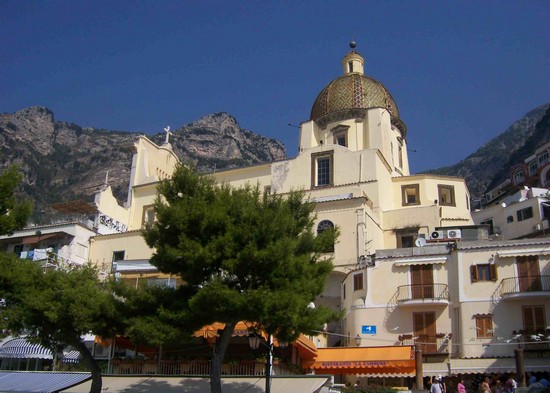 Walking along the beach or through the narrow staircases lined with boutiques, the Church of Santa Maria Assunta is always at the center of attention. Positano’s romantic allure has encapsulated this beautiful church, which has appeared in countless paintings, photographs and written descriptions of this pretty town on the Amalfi Coast. When the American author John Steinbeck visited Positano in the 1950s, he stayed in a room overlooking the beach just below the church. Today artists sell their paintings on the beach and along the bougainvillea covered walkway leading down to the Church of Santa Maria Assunta, many of them depicting this beautiful church in Positano. 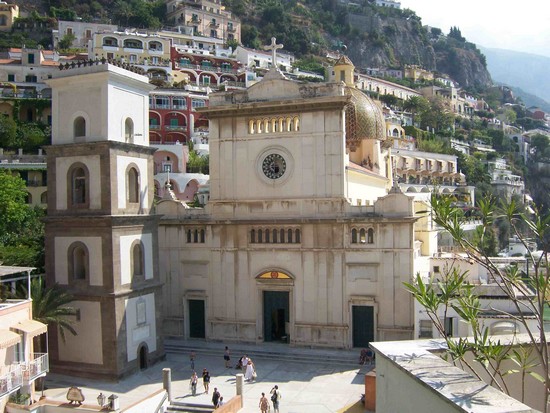 Most of the staircases leading up from the Marina Grande Beach pass behind or through the small piazza in front of the church. From there you can enjoy the view of the façade of the church and the 18th-century bell tower. Given its lovely setting right in the center of Positano, the Church of Santa Maria Assunta is one of the most popular locations for destination weddings on the Amalfi Coast. Couples travel from all over the world to marry in this beautiful church and have their wedding photos taken with Positano as a backdrop. 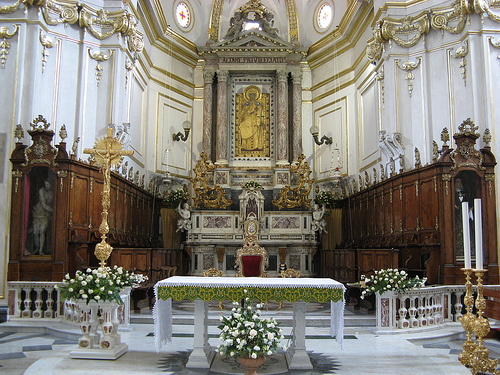 
The beautiful white and gold interior of the Church of Santa Maria Assunta dates from a restoration in the late 18th-century, and its Neoclassical design has been very well preserved. The church was founded in the second half of the 10th century as a Benedictine Abbey dedicated to San Vito, who was the early patron saint of Positano. The Virgin Mary has been very closely connected to this church since the 12th century, when a Byzantine icon of the Virgin arrived and the Archbishop of Amalfi rededicated the church in her honor. Walk along the central nave to the front of the church and you can see this important icon above the altar.

The Byzantine icon is surrounded by many popular traditions in Positano, including the miraculous arrival of the icon in town. In the 12th-century, the icon was aboard a cargo ship that was stuck off the coast of Positano when the winds died. According to the legend, the sailors heard a voice calling, “Posa, posa!” (“Put me down, put me down!”) When the captain of the ship understood that the icon wanted to go to Positano, the winds picked up again immediately. The sailors brought the icon to shore and the people of Positano chose the Virgin Mary as their new patron saint. Inside the church to the right of the altar is a painting depicting the blessing of the icon, which you can also see through the arch to the left.


During the festival for the Assumption of the Virgin on August 15th, the town of Positano celebrates their patron saint with processions recreating the arrival of the icon in town, special events in the church, celebrations for the Ferragosto holiday on the beach and a firework display after dark. 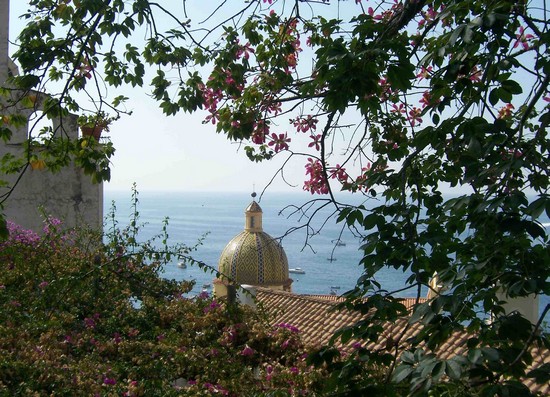 No matter where you wander through the streets of Positano, the Church of Santa Maria Assunta is a part of the beautiful landscape and views of town. The church represents so much about the history and traditions of the town that are still such an important part of daily life in Positano today.