A journey into the past through the appian way

A look to the Appia Antica

It is not the oldest but definitely it is considered the first road for its beauty as to be defined by the poet Statius regina viarium. It is the Appian Way, still one of the most fascinating places in Rome, a must-see along with others, such as Ostia Antica and Villa Adriana in Tivoli, for those who actually want move their feet into Roman history. But we must not make the mistake of thinking that a walk on Via Appia, establishes only a chance for cultural entertainment focused on the discovery of the ancient world. In reality, the urban portion of this beautiful route, has been continuously lived in each historical period, from the ancient Romans till the present day. That's why, during a walk in this suggestive archaeological park, you may fell that something continues to live next to the beautiful ruins. 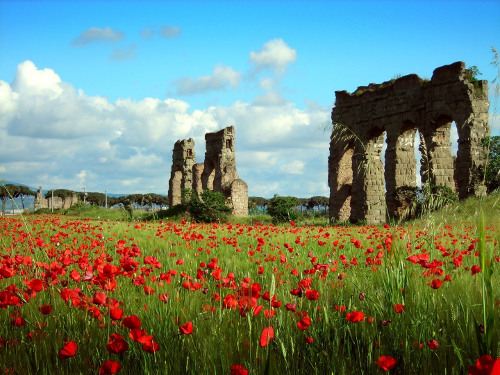 Some information will make our visit more aware.
Let's begin with the first anomaly: it was the only road to take its name not from its function (eg the Via Salaria) or its destination (Ostiense -Ostia), but of its founder's name. In this case Appius Claudius. From a geological point of view, it is interesting to know that the road layout is made of an extraordinary cast volcanic track of 260 thousand years ago that produced a tongue of lava that ends at Cecilia Metella. The famous street ends in Brindisi, where two columns indicate its extreme limit. From the custum of drinking a toast to the health of those who departed for the East between these two columns, derives the Italian saying "fare un brindisi" that means "make a toast".

Another detail that may attract the visitors' attention is that many large tombs and catacombs come one after the other. A unique coexistence of cemeteries and residential villas is thus created. And if today there are few people who would build a house in a cemetery, was not so in ancient Rome, when the beauty of the burials was a plus value for the villa.

Another detail that characterizes the history of this route was its continued residential vocation since ancient times: the charming villas of the ancient Romans were complemented by the luxurious mansions of the most famous actors of the Italian jet-set '60s: Silvana Mangano, Gina Lollobrigida among others. 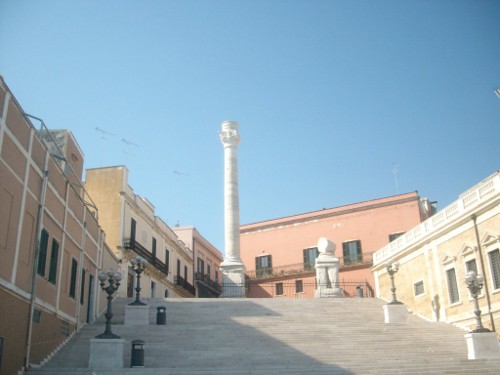 Some important monuments you shouldn't miss to visit during your walk: the Circo di Massenzio, erected in 309 for the chariot races.  An Egyptian obelisk was placed at the center. Bernini replaced it in 1649 in Piazza Navona in its Fountain of Four Rivers. This "displacement" of the archeological finds from Via Appia arising from 1500 till nowadays, has created a true practice of divestment. That's why it is not unusual to find ancient artifacts originally placed on this road now located in museums around the world. Other sites: The Tomb of Cecilia Metella, the Catacombs of San Callisto, and the extraordinary Villa of Quintili consuls, tragically gone down in history for having been victims of  Emperor Commodus' greed that in order to take possession of their beautiful home, killed them. So beautiful that Woody Allen has choice the same location for some scenes of his latest film. 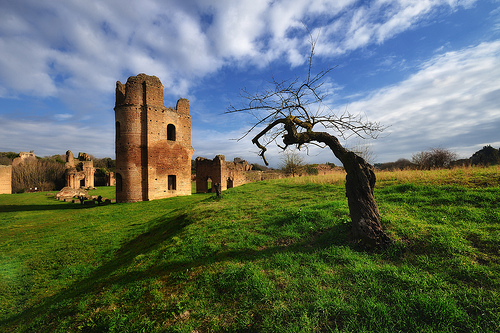 But how does Via Appia Antica look today? Firstly, as an archaeological park very well organized. Many romans chose this location to practice sports. There are restaurants, nurseries, bars, places to rent bicycles, home rentals for events and weddings, equestrian centers and wifi areas. The park is accessible only through the public transport service. Finally, if you want to take a guided tour, the offer is very varied especially from April to June and from September to October.

CharmingItaly >
Blog >
A journey into the past through the appian way