Do as the Romans do: Enjoy the bubbly nightlife in Rome!

Best places for your entertainment in the capital city 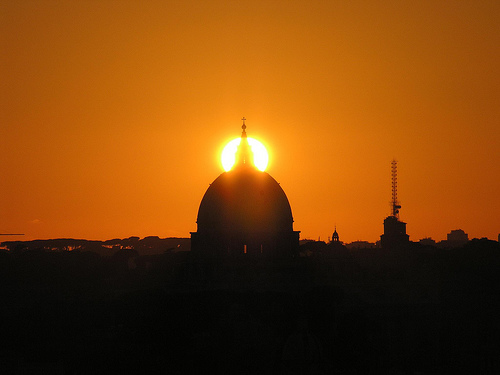 If you talk about nightlife in Rome with foreign tourists, they will probably say that Rome is unique even from this point of view. There are surely a lot of restaurants, bars, pubs, clubs and disco but one may say that the real roman entertainment takes place outdoor, or even that it is completely different from one district to another and from one season to another.

For example, during the summertime some of the most popular Rome nightclubs shut down to be replaced by various interesting festival events throughout the city and its sorroundings. What is true is that no matter what time of the year you are: every square, especially during the week end, turns into a big living room where you can sit and have a drink and talk talk talk... 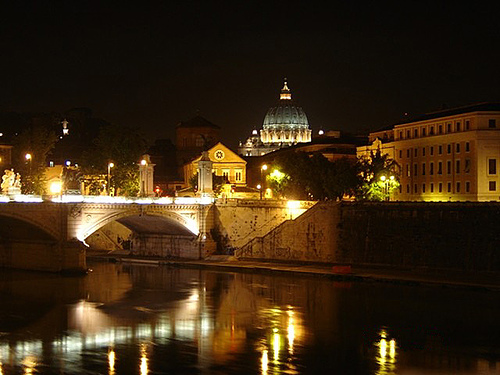 That’s what romans do
Before take a closer look to those clubs that have made the history of Rome's nightlife and that still stand out among the most suggestive places, let's talk about some areas of your entertainment, less touristic and expectable where the real Rome’s nightlife takes place: Campo De’Fiori is a very suggestive square, crowded and typical mostly every night of the week. 30’s and 40’s years old haunters mingle with students of the several American colleges of the city. The place is full of bars similar to each other and you can have your beer standing outside or having a walk in the suggestive streets of the area.

Piazza Navona is near Campo De Fiori. The bars on the square are very turistic but, if you walk somewhere about you can run into some wine bars and restaurants really chic and  trendy. Another well known district of the Rome’s nightlife, a little outside from the city center, is San Lorenzo. It is a characteristic area near the Univeristy La Sapienza. That’s the reason why the general atmosphere is lively, informal and young. 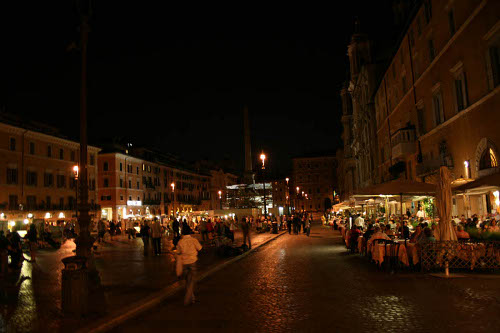 The district is well known because of its pubs, opened especially during the 70’s, but recently some of the most recommended restaurants in Rome have opened in this area contributing to push up the average age of its haunters. Two more districts are noteworthy: the first one is Pigneto. Like San Lorenzo it was one of the popular suburbs of the city. During the last ten years it turns into one of the most trendy and lively area of Rome. New Restaurants, Pubs, Libraries, and Bars have pup suddenly up. Here you can spend an enjoyable night made of art, thanks of its contemporary art galleries, culture, through its clubs where you can listen at live music, jazz while reading a book and multiculturalism, thanks to its different cultures that move around.

Finally, if you are looking for a more rebel night, don’t miss a tour in Testaccio. Testaccio is a district nearby Via Ostiense and Circo Massimo. It is the club zone of Rome where nothing happens before midnight. Its discos offer a huge variety of musical tastes. In Via di Monte Testaccio, there's a small gay scene too. There are music clubs, risto-bars and gay discos. 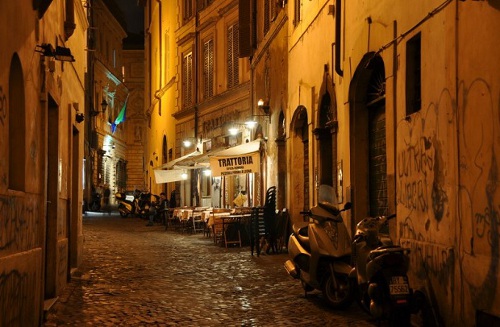 Let’s take a closer look to the most popular Rome nightclubs. First of all one should say that romans, depending on their tastes, have few but strong points of reference. For example, if you are looking for a jazz concert or live music the most popular places are: Alexander Platz, La casa del Jazz, Micca, Il circolo degli Artisti and few others.

If you want to lose yourself in a vintage atmosphere of the sixties, don’t miss to go at the Jackie ‘o, Gilda or Piper discos.

Distillerie Clandestine, Salotto 42, Societé Lutece, Freni e Frizioni, and Salotto Locarno are the ideal solutions for the those who look for a trendy and refined night.

Finally, do you come from England or Ireland and miss home? Unexpectedly, the capital city offers a large choice of pubs where to find variety of beers and whiskies and among which the Trinity College stands out. It is  in the historical centre of Rome and is very easy to reach by public transport. You will enjoy a tasteful dinner, excellent cocktails and in the same place after midnight there is always a party going on!

CharmingItaly >
Blog >
Do as the Romans do: Enjoy the bubbly nightlife in Rome!