Thinking of coming to Milan? You should think about the weather too! 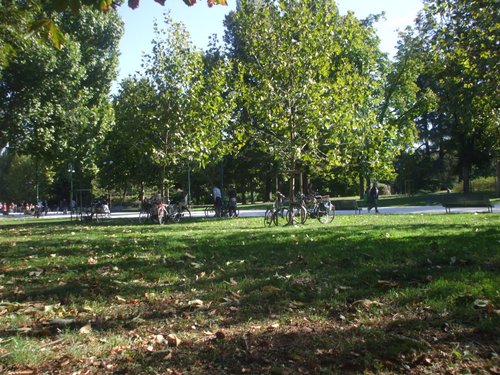 Without a doubt the best time to visit Milan is before or after the hot summer months. The April-June period is ideal, and also the month of September. During these periods you get plenty of sun and warmth without the humidity of July and August. The heat and humidity of August drives as much as a third of the city's population to go away for their holidays, leaving behind an eerily quiet Milan populated mainly by tourists. During Spring and early Autumn you can enjoy everything Milan has to offer, whether it's shopping (or window shopping!) in the Quadrilatero d'Oro – the square in the city which contains the streets where the designer shops are - or enjoying the sights of the old town in Brera, or admiring some of Milan's beautiful architecture such as the Arco della Pace. It's also warm enough to enjoy an evening having an aperitivo in Milan's Navigli area, around the canals which used to connect the city of Milan to the lakes, without being troubled by the mosquitos that invade the city during the summer! 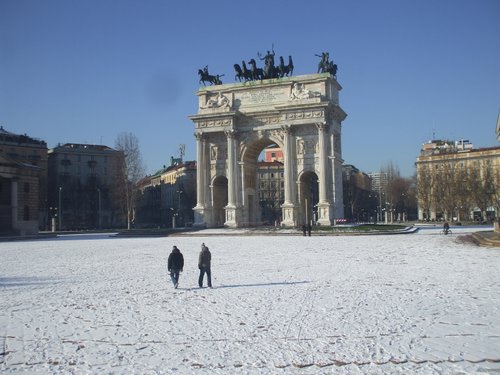 You might not think it, but it usually snows in Milan every winter, normally in December or January. The last few days in January are known as the 'days of the blackbird' in Italy, and are traditionally the coldest ones of the year. If there happens to be snow forecast for your trip to Milan, don't worry too much, the city copes very well with snowfall. Roads are cleaned and pavements are gritted, and you get to enjoy the beauty of a snow-covered Milan! It does get very cold though, which is a perfect excuse to stop and drink a thick hot chocolate or a vin brulée – Italy's answer to mulled wine! It's also a perfect period to seek some warmth in one of Milan's many museums. The Museo del novecento (Museum of the 20th century) and the Triennale are some of the most well-known, and are bound to please if you're a culture buff. 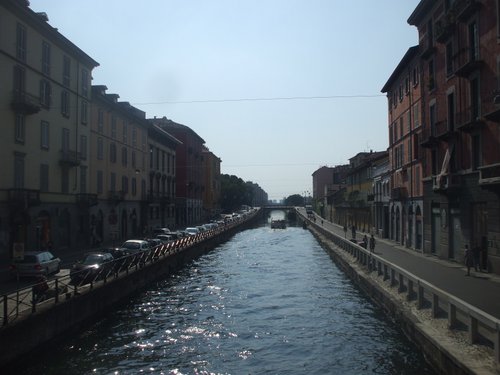 If you do visit Milan during the summer beware of the humidity! The maximum temperature in August is between 30-35 degrees celsius, but Milan is a very humid city, and trying to do too much during the hottest months of the year is very tiring. Head to one of the parks in Milan, the biggest one in the town centre is Parco Sempione, and enjoy an ice cream or granita at one of the bars nearby.