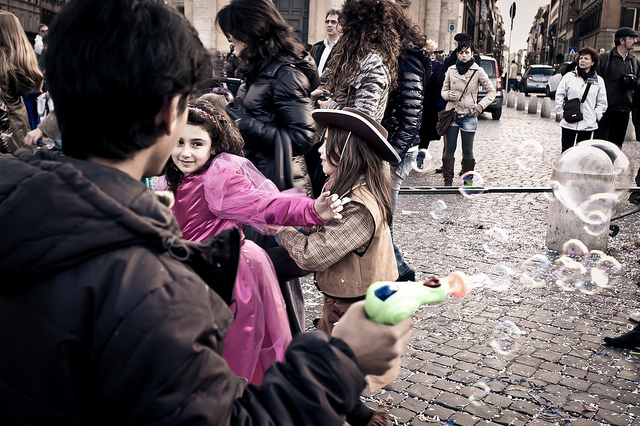 
How to Celebrate Carnival in Rome

Carnival in Rome is a special time of the year - the streets buzz with children dressed in their favorites costumes, the pastry shops fill with delicious regional treats, and the city holds festivals to delight and amuse both children and adults. Last year we told you about the Top 5 Carnivals in Italy, and now we will explore a bit more about how carnival in Rome has its own special place within the Italian festivities.  Running from February 2 until February 12, it is ten days of tradition that bring together the city. 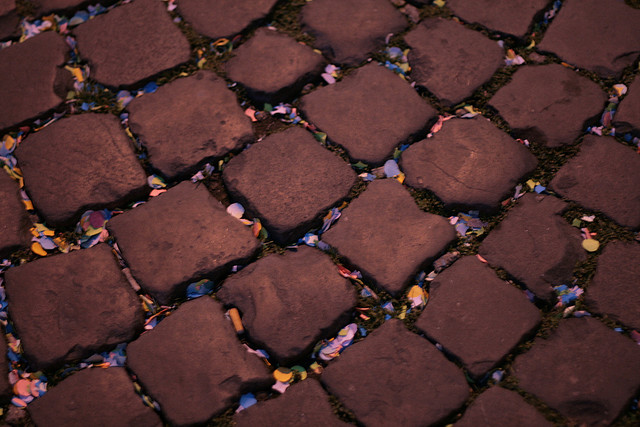 
Just as you find across Italy, carnival in Rome is first and foremost a wonderful time for children. From witches to gladiators, from Spiderman to Cinderella, you can't miss the hoards of children out in the streets with their parents, throwing confetti and playing tricks on one another.  Just think of it as the Italian version of American Halloween (without the need for scary costumes).  Adults can get in on the fun as well, with many locales holding carnival themed dance nights where people are invited to dress in costume.

What feast in Italy wouldn't be complete without traditional food to go along with it?  Carnival in Rome is no exception, as the pastry shops begin selling frappe. These strips of fried dough are dusted with powdered sugar and highly addictive, so be forewarned.  And just because we need more than one traditional treat, you will also want to keep an eye open for castagnole, which are soft fried dough balls filled with custard or cream.  These sweets have now spread across the country and you will find regional frappe, such as cenci, which are the equivalent for carnival in Tuscany. 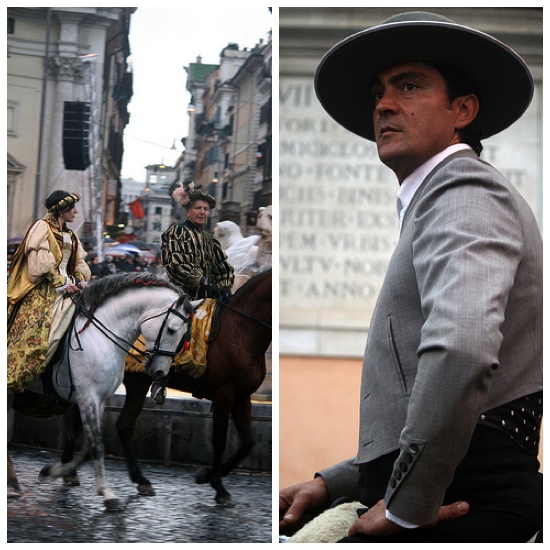 
The history of carnival in Rome is tightly tied to equestrian events, as the major culmination of carnival until the 1800s were riderless horse races down the via del Corso (corso translates to racetrack).  While the races were stopped due to the cruel methods used to prode along the horses, the spirit and tradition of the 19th century was revived in 2010 when the city of Rome decided to stage a more elaborate celebration for carnival.  Horses take center stage in the Piazza del Popolo for equestrian demonstrations and a grand parade with riders in historic costumes.  The full listing of events can be found each year on the Carnevale di Roma official website.  Every year the program has expanded and now includes street performers in Piazza Navona, as well as theatrical events and specially designed programs for children, making Rome an even more exciting place to celebrate carnival.

Do you know which are the most famous Carnival In Italy? If not, have a lokk to the Top 5 Carnival in Italy!
If you need also any ideas about your Carnival 2013, read our posts about:
Carnival in Milan
Carnival in Venice
Carnival in Sardinia
Carnival in Puglia
Carnival in Tuscany!
Subscribe to our RSS, follow us on Twitter and Facebook and we’ll keep you updated!!