There's plenty of fun to be had in Milan during Carnival! 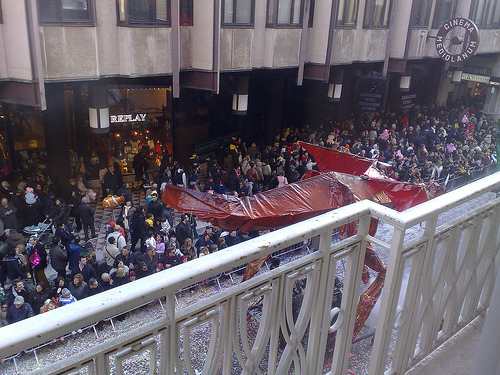 According to the Ambrosian Rite, which is practiced in Milan, Lent starts four days later on the first Sunday of Lent, and so also ends later. The last day of Carnevale is the Saturday after Shrove Tuesday, known as sabato grasso (fat Saturday). So Carneval in Milan in 2013 ends on the 16th of February, wheras in the rest of Italy the last day is the 12th. The story goes that Saint Ambrose (the patron saint of Milan) who was the Bishop of Milan from 374 AD to 397 AD was away on pilgrimige during the Carnival period, and that the people of Milan postponed the start of Lent until he arrived back in the city. This isn't the case however, as historically Lent began on Sunday, and was changed in the Roman Rite to start on Wednesday. It's on the afternoon of sabato grasso that the traditional parade takes place in the centre of the city, and each year the parade has a different theme.
This year's theme is L'isola del tesoro, or Treasure Island, to celebrate the 130th anniversary of Robert Louis Stevenson's novel. 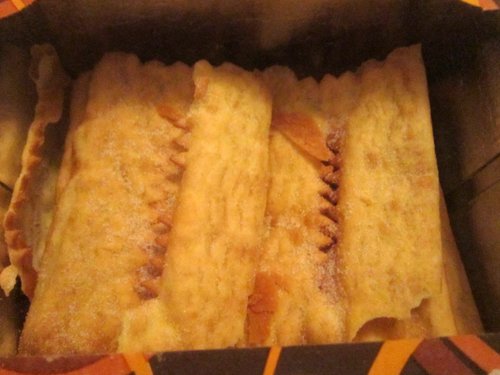 During Carnevale bakeries and supermarkets are full of Italian traditional sweets and deserts that are eaten up until Lent. One of the most popular ones in Milan have various names in different parts of Italy, but are known here as well as many other parts of Italy as chiacchiere, which literally translates as 'chatter'. Chiacchiere are a type of sweet crispy dough which traditionally were fried in pig fat, but today are mostly oven baked. They are then dusted sugar, or covered with chocolate or honey. 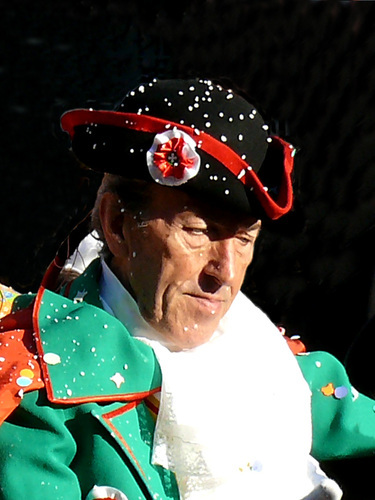 Carnival in Milan
Credits: Luigi Petrazzoli
The traditional Carneval costume associated with Milan is that of Meneghino o Domenichino. He has a three-pointed hat and a wig with a pony-tail and wears a velvet jacket, red and white striped socks, and shorts. Meneghino is a servant, traditionally the one who accompanied the lady of the house to Sunday mass. In Italian theatre he is characterised by his sense of honesty and justice. During carnival parades he's often accompanied by his wife Cecca (a diminuitive of the name Francesca).

Today the word "meneghino" is also used to refer to a Milanese person.

Do you know which are the most famous Carnival In Italy? If not, have a lokk to the Top 5 Carnival in Italy!
If you need also any ideas about your Carnival 2013, read our posts about:
Carnival in Venice
Carnival in Sardinia
Carnival in Puglia
Carnival in Tuscany!
Subscribe to our RSS, follow us on Twitter and Facebook and we’ll keep you updated!!