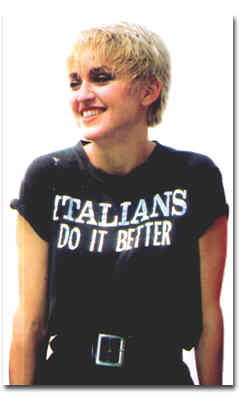 Are Italians Casanova?A research promoted by an important Italian newspaper claims that 17% of stereotypes, that have followed Italians in their cultural history, has in first places the stereotype of the “Italians are Casanova”. This means that Italians are considered around the world sexy, dark, intriguing, strong, sensitive, charming,  emotional, attractive and obviously so beautiful! From the days of Casanova, Italians have had a reputation for Latin Lover and this reputation has travelled throughout the continent. Ironically, Casanova also became a synonymous with a male neurosis, a kind of  pathological narcissism which is incurable!

Actually, few people know who was Giacomo Casanova, reducing his contribution to the use of his name as a synonym for womaniser and philanderer. Casanova was a great writer and sex was a part of his story, only the vehicle for a deeper knowledge of the human condition.