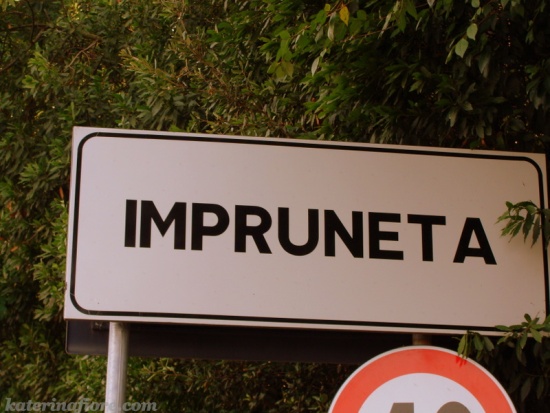 
Sitting on a plateau, south of Florence, Impruneta is among the countryside and woodlands on the way to Chianti.


Famous for its terracotta, Impruneta is full of clay in the soil surrounding the city. It has been used since the 14th century to produce the famous terracotta that can be seen on many rooftops in Tuscany. The kilns in Tuscany are used mostly to make floor tiles and flower pots. The clay pots are a token fixture in most Italian, in particular Tuscan garden landscapes. These pots are known to be raised up on pedestals so to be exposed to the sun more. The larger pots are used for citrus trees since the beginning of the 19th century some Italian gardens are dedicated solely to these types of clay pots. The reason why is because these clay pots are resistant to the cold and will not crack when there is a frost. It expands and shrinks according the temperature. These pot are still handmade in Tuscany and are baked in kilns for 24 hours with the heat of 1000°C. There are shops in and around Impruneta that sell these pots and are able to have them shipped to your house. 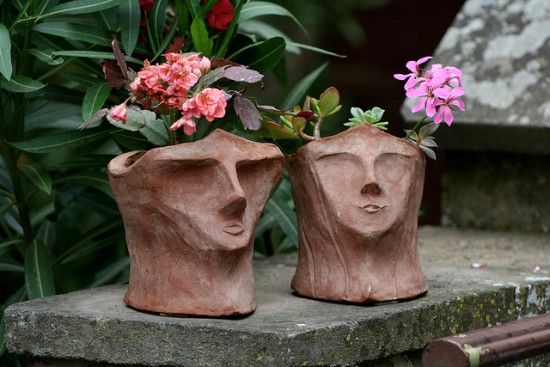 The main piazza is famous for the festivals that take place here. Festa dell’ Uva, which takes place in September is a grand celebration for the city of Impruneta. It happens on the last Sunday of September each year. A festival to showcase the importance of the land and Chianti around Impruneta. Especially the wine. The festival is a celebration of the 4 neighborhoods or districts in Impruneta: Pallo’, S.Marie, Fornaci and S.Antonio. Each district creates a magnificent cart having to do with the wine-making process or grapes. Each year the carts become bigger and bigger. A festival that has been going on since 1926, the audience grows in attendance each year as well. It is definitely a celebration one must see with their eyes. The piazza is filled to the rim of locals, foreigners and many lovers of wine and the like. 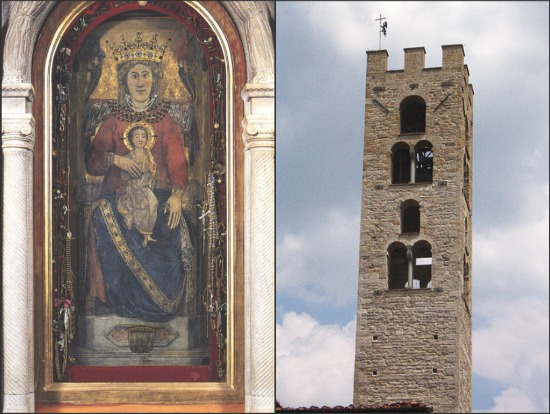 
Another sight to see in Impruneta is the Madonna located in the basilica of Santa Maria dell’Impruneta. This basilica is actually a replica of what it was in the past. In 1944, a bomb struck the roof and the sides caved in. The renovation of the church taken with great pride.

The legend of the Madonna goes like this. The people of Impruneta were determined to build a church dedicated to the Madonna. And the site that was chosen was not an effective spot for the church because the walls that were built during the day would regularly crumble to the ground at night. So the townspeople decided to let two oxen wander free in the fields and wherever the oxen stopped is where they would build the new church. 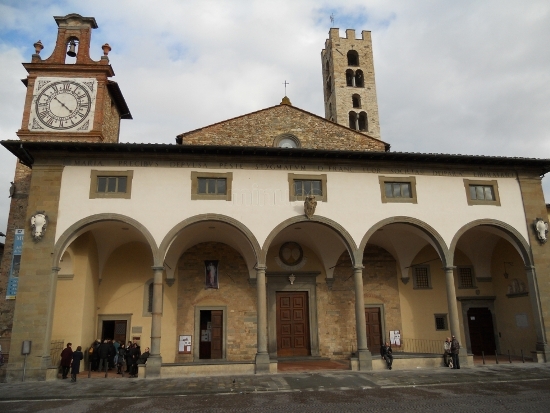 
The oxen knelt down at a spot where just below them was a sacred image of the Madonna under the soil. This symbol of the Madonna, for centuries has been carried in processions in Florence in times of trouble and turmoil. During the plague, the flood, the war and times of famine. When it was carried through the streets of Florence during the plague of 1633, the disease diminished significantly a few months later. In 1529, during the siege of Florence by Imperial troops, it was raised on the altar of the duomo as a sign of Florentine liberty. 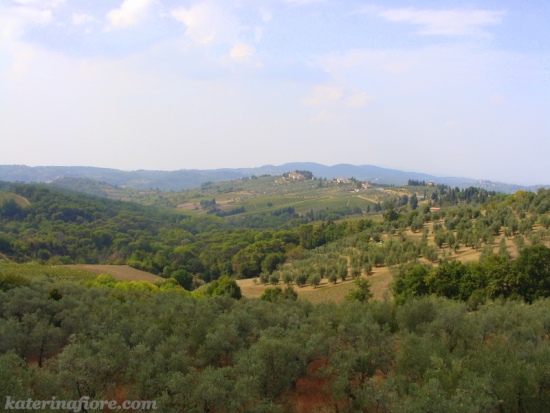 In the mid-18th century, the parish priest decided to take a closer look at the image of the Madonna but since there was papers and messages attached to the image by worshippers over the centuries, only a bare block of wood was left. So the priest called on the Anglo-Italian painter Ignazio Hugford who in secret repainted it. When it survived the bombing of the basilica in 1944, it was taken to Florence to be restored again. After three years it was marched home on foot by  around 10,000 people. Today the Madonna is able to be seen by anyone who walks through the basilica in Impruneta.