You may not be aware, but Italy actually has the most UNESCO World Heritage Sites in the world; 49 to be exact.

From historical city centres to archaeological sites, there are all sorts of natural and man-made wonders to marvel at. Southern Italy is home to several fantastic UNESCO sites, so here’s our definitive list of the Top Ten UNESCO sites in the south…

1.    Let’s start our journey down in beautiful Sicily, with the Villa Romana del Casale, which was built in the 4th century and is home to one of the most amazing collections of mosaics in the world. This Roman site is located just outside of the town of Piazza Armerina in the Enna province.

2.    Also in Sicily, you can find the wonderfully preserved Valley of the Temples; a spectacular site of Greek Doric style temples located in Agrigento. Founded in 591 BC, these temples are said to rival  those in Athens. 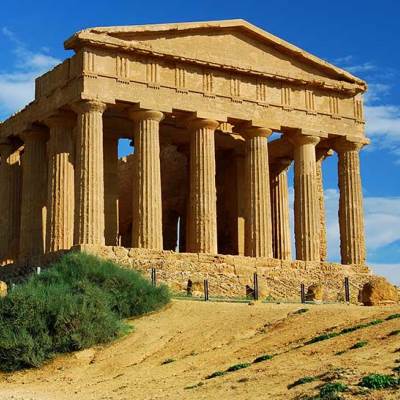 3.    The Aeolian Islands in the Tyrrhenian Sea (there are 7 main islands in total) are actually volcanoes, and they are all still active! These breathtakingly beautiful islands just north of Sicily are an absolute must see; Lipari is the largest island and is home to a great archaeological museum, while small Panarea has clear waters and a lively feel. The island of Stromboli is actually the most active volcano in Europe!

4.    One of the most well-known sites in the region of Puglia is the fascinating Alberobello, which is home to ancient stone house named ‘Trulli’. These limestone dwellings have characteristic conical roofs and some of the Trulli that are still standing today go back to the 1300s. Taking a stroll around these houses, many of which are still inhabited today, is like travelling back in time. 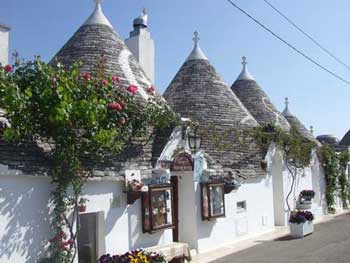 5.    Another UNESCO site in Puglia is Castel del Monte; an interesting octagonal structure  built by Frederick II of Swabia back in 1240. Said to have perhaps been a hunting lodge, this castle is an architectural wonder and is home to some pretty amazing views over the surrounding countryside.

6.    Down in Basilicata, you can witness the amazing Sassi of Matera; prehistoric cave dwellings built into the vast rock face.  Up until the mid-20th century, living conditions in the Sassi were absolutely appalling, but a huge relocation and restoration project has transformed them into an incredible site, which gained the UNESCO title in 1993. 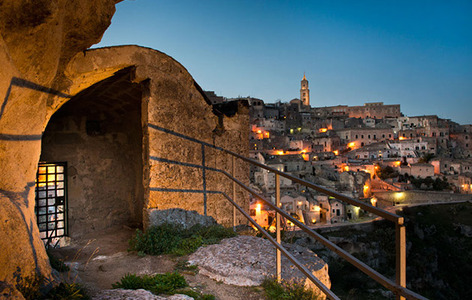 7.    The region of Campania is home to several UNESCO sites, including the well-known ruins of Pompeii. The cities of Pompeii and Herculaneum were completely buried after Vesuvius erupted in 79 BC, leaving behind an incredible insight into Roman daily  life.

8.    Another great UNESCO site to visit in Campania is the Royal Palace of Caserta, which was originally built for the Bourbon kings of Naples back in the 18th century. The palace itself is vast and impressive, but the gardens are truly spectacular too, and this site has actually been used to film scenes from several movies, including Star Wars.

9.    Over in the bustling city of Naples you can find the largest historical city centre in all of Europe, which was made a UNESCO site in 1995. Naples was founded in the 8th century BC and is packed with history;  here you can visit many beautiful churches and explore the busy streets and piazzas.

10.    And finally, we have the Costiera Amalfitana (or Amalfi Coast); a 25 mile stretch of Mediterranean coastline home to colourful houses perched on the rock face, stunning views and delicious limoncello. You may spot a few VIPs there too!

Download our free e-book Top 20 UNESCO Sites in Italy: A complete tour of the Peninsula to discover the World Heritage!