Looking to cook some Italian dishes for Christmas? 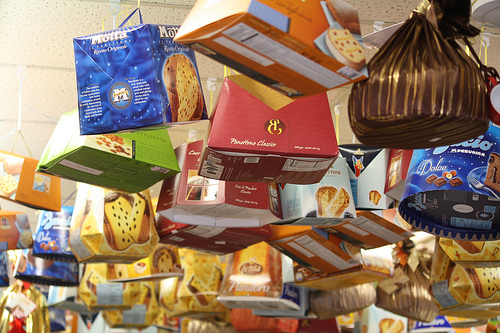 Credits: Danielle Scott
Here are some ideas that will help you put together a traditional Italian Christmas dinner!

1. Arrosto di vitello con patate. This is the classic Italian 'roast', prepared by thousands of Italian housewives every week. It's one of the most popular main dishes eaten during the holiday season. You'll be hard-pressed to find any turkey served at Christmas in this country! Vitello is veal, and is still a popular meat in Italy.

2. Lasagne originated in the Emilia-Romagna region of Italy, its' roots are in the city of Bologna. Many varieties from the original recipe exist, including a delicious vegetarian lasagne made with pesto. It's often eaten on Sundays and on special occasions, and is very popular as a primo piatto (first course) at Christmas. 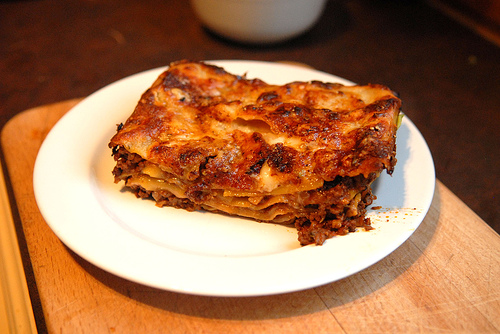 Credits: WinnieSo
3. Cotechino e lenticchie. Cotechino is a kind of pork sausage, similar to salami, but slowly boiled for four hours at low heat. The lenticchie are lentils, but cotechino is also eaten with pureed potatoes and polenta. As well as being eaten at Christmas, it's traditionally eaten at New Year's Eve to bring luck, this time always with lentils, as they symbolise coins. 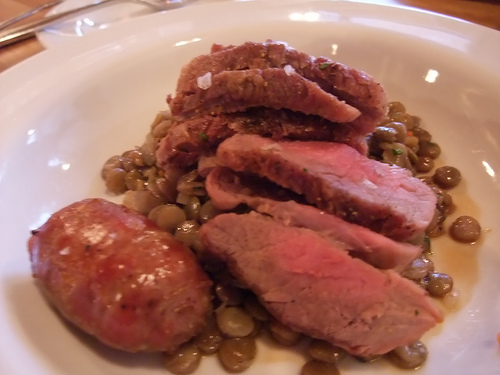 Cotechino e lenticchie
Credits: Leon Wilson
When it comes to Christmas cake in Italy, there are two schools of thought:

4. The pandoro, a soft and golden cake which originated in the Veneto region 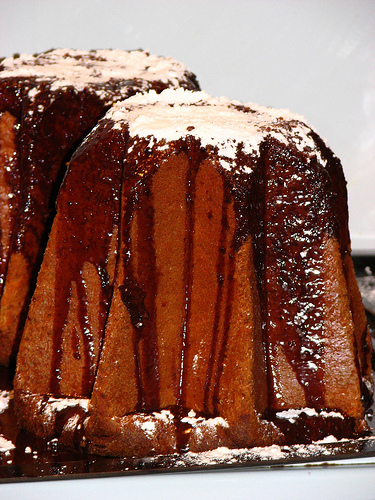 5. The panettone which is originally Milanese, and contains dried fruit

Pandoro can be traced back to the 18th century, when it was a cake eaten by the Venetian aristocracy; but some say that its origins can be traced to Vienna instead. It started to be mass-produced by the Melegatti family in 1894. There are different stories about how the first panettone was made, but two of the most popular ones tell how Ughetto degli Atellani, a falconer, was in love with a baker's daughter who then managed to get himself employed at the bakery and invented the cake as a way of increasing sales.

The other story involves a cook at the court of Ludovico il Moro, who, after burning the dessert he'd prepared, was convinced by a scullion named Toni to serve the cake he'd baked this morning, which he had made using the remaining ingredients in the kitchen. Panettone started to be mass-produced at the beginning of the 20th century, and many varities on the original recipe exist, such as panettone containing cream and chocolate. It's now eaten all over Italy - and the world - at Christmas.

If you’ve missed them, take a look at “Have a Very Venetian Christams” , " The magic of Milan  for Christmas" and do not miss our next suggestions on what to do and what to eat for Christmas in Italy!