Sitting high atop the island of Capri with sweeping views over the Bay of Naples, visit the ruins of Villa Jovis 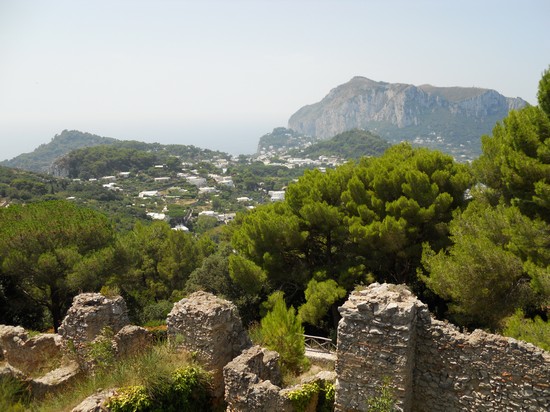 Far away from the gorgeous beaches and the fashion boutique-lined streets of Capri sit the ruins of the Villa Jovis, which was once the pleasure villa for emperors of the ancient Roman Empire. The beauty of Capri captivated the Roman elite just as it does for visitors today, and at the beginning of the first century AD emperor Augustus visited the island and fell in love with its beauty. However, it is the emperor Tiberius, the successor of Augustus, who is most associated with Capri. The Roman writer Tacitus documented that were once twelve grand Roman villas scattered across the island, each one built in honor of one of the Roman gods of Olympus. Dedicated to Jovis (Jupiter), the king of the gods, the Villa Jovis was the most beautiful and regal palace of them all. The villa is set atop the second highest peak on the island, on the opposite side from the highest point of Monte Solaro. 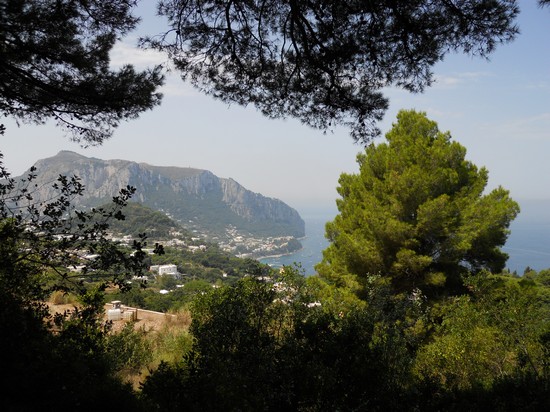 The Villa Jovis was the favorite palace of emperor Tiberius, who lived on Capri for the last ten years of his life from 27-37 AD. Never leaving the island, he preferred instead to rule the Roman Empire from his pleasure villas on Capri. Surrounded by the intense natural beauty of Capri and the stunning views from the Villa Jovis, it is easy to understand why he never left the island! While little is left of the splendor of Tiberius’s royal haunt, it is still an incredible experience to walk among the ruins and take in the views truly fit for an emperor. Plan about 45 minutes to an hour for the uphill walk from the center of Capri Town to the Villa Jovis. If the weather is warm, bring water with you as you’ll be walking through a quiet and relatively uninhabited part of the island. 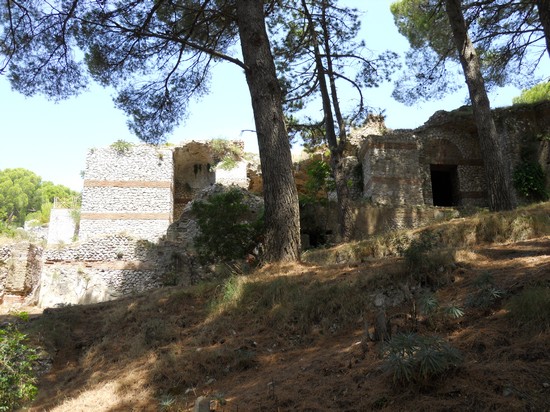 As you climb to the eastern summit of the island, you’ll spot the ruins of the Villa Jovis surrounded by a grove of pine trees. This grand villa and its gardens once covered over 7000 square meters, and a large part of the villa is open for exploration. After Tiberius’s death in 37 AD, the villa continued to be used as an imperial villa until the 2nd century AD. You’ll find a few signs throughout the ruins explaining the different areas of the villa, but the best part is to simply let your mind wander to imagine the mosaic covered floors and elaborate rooms and terraces as they once were when it was a grand roman pleasure villa. 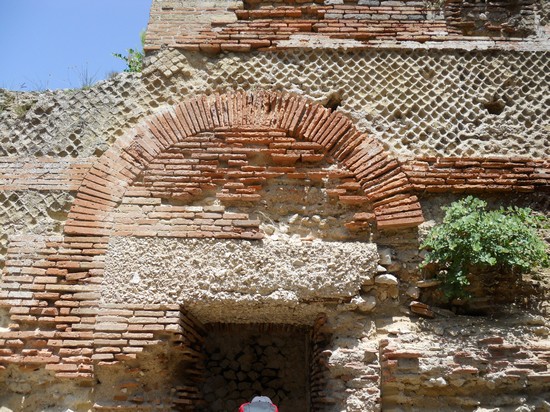 You’ll spot many of the styles of construction characteristic of Roman architecture as you explore the Villa Jovis. Standing at the top of the villa and looking across the Bay of Naples, it’s impressive to think back to the when Tiberius would likely stand there looking toward Mt. Vesuvius and the Roman towns, such as Pompeii, that would be devastated by the massive eruption in 79 AD. 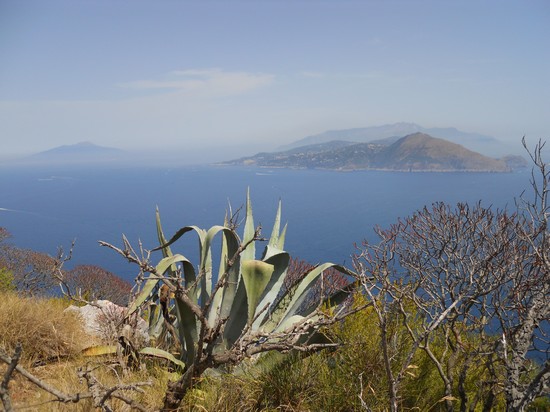 This stunning view looking toward Naples is one of the main reasons to hike up to Villa Jovis. You’ll see the mountainous tip of the Sorrento Peninsula nearby, with the Amalfi Coast on the southern side and the town of Sorrento not far away on the northern coastline. Looking down the sheer 330 meter drop to the incredibly blue sea below might just take your breath away, especially when you think that this spot is known as Il Salto di Tiberio, or Tiberius’s Leap, where it is said he once threw over people who had displeased him. Quite the frightening thought in the midst of such serene beauty! 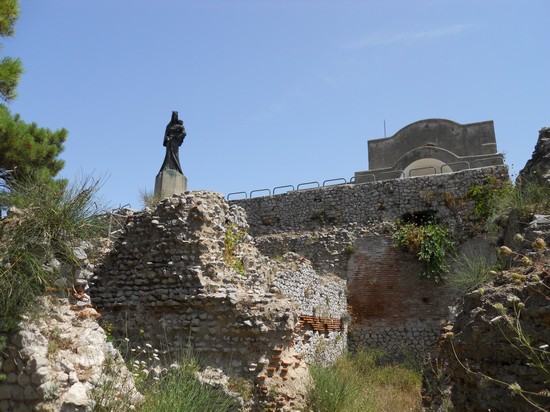 In the Middle Ages, the ruins of the Villa Jovis were modified with the construction of a chapel dedicated to Saint Christopher and Saint Leonard. This small church appears to have been built right on top of the ruins, and today it is dedicated to Santa Maria del Soccorso. The front of the church is marked by a statue of the Madonna, which you can spot from the sea far below. 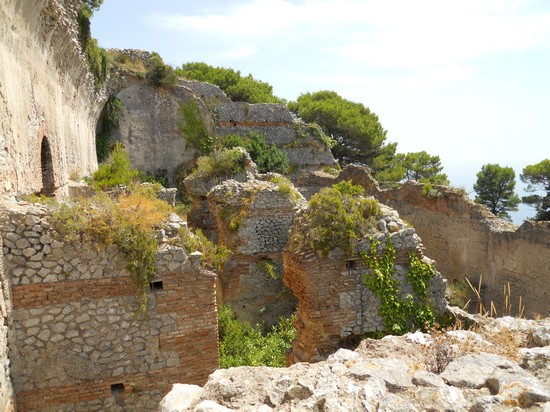 The ruins of the Villa Jovis are fascinating to explore, especially since they were built on several levels, which was unusual for the time period. After enjoying the views and walking through the passageways and corridors of the ruins, the downhill walk back to the center of Capri offers beautiful views across the island toward Monte Solaro and the port of Marina Grande. For an enjoyable hike and a walk back through the history of Capri, visit the roman ruins of the Villa Jovis!