Magic and Mystery in a Puglian Castle

Castel del Monte is one of the most mysterious places in Italy. Built around 1240 by Federico II, the castle is situated on the peak of an isolated hill overlooking the Murgia Valley on one side, and with a sweeping view of the Adriatic Sea on the other. 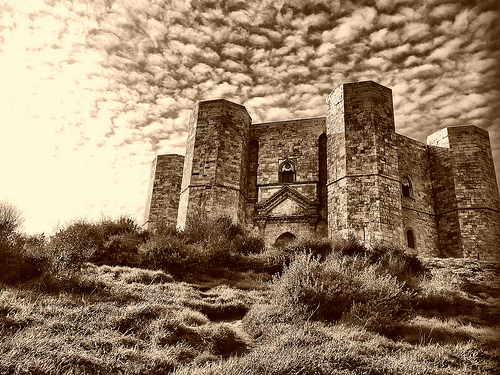 Its true use remains a mystery. Many believe it was built as a hunting lodge for the Emperor. However, the structure has many strange design elements to it and other people believe it was erected as a holy temple for esoteric rites or as a spiritual retreat. Its mystical essence is found throughout: the first example is the constant use of the number 8. The castle is octagonal in shape. On each of its eight “corners” there is an octagonal tower. The building is constructed around an octagonal central courtyard open to the sky. In some of the interiors you can see painted flowers - in groups of eight. 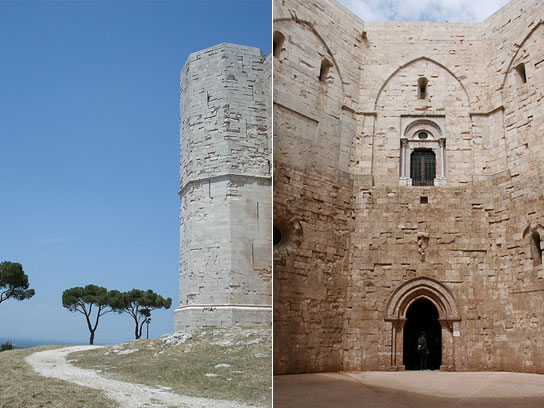 Why was Federico so fond of the number 8? First of all, it seems that the octagon was the favorite shape for buildings erected by the Templars, the famous warriors who are said to have fought to defend the Holy Grail. The octagon is also said to evoke strong symbolic and esoteric images. Some say the Holy Grail was octagonal itself and that it was hidden in this Puglian castle. 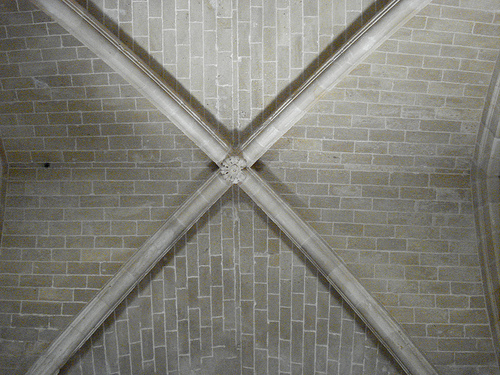 The castle's connection with the Templars is also reinforced by the fact that it lies on the same meridian that connects the Cathedral of Chartres, the Duomo of Milan and the Egyptian pyramids. And there's more . . . the castle lie almost exactly halfway between the French cathedral and the Sphinx of Cheops.

Egyptian epigraphs have been discovered inside the castle, but even greater mysteries lie within. In addition to the number 8, the number 3, which represents perfection, is a recurrent theme. Upon passing through the entryway, you will find three rose windows and three mullioned windows, while on the wall to the right of the entry you can see a Pythagorean triangle, which is the symbol of truth. 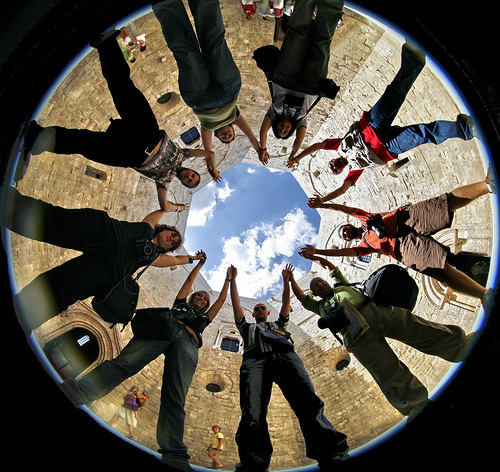 It is believed that at the center of the central courtyard there was an octagonal basin which was used for the ritual of Baphomet (a pagan deity), said to have been worshiped by the Templars. The first floor is kept in darkness to indicate the initiation of the visitor. On the wall of the first room, you can see King Midas with donkey ears, representative of a truth that can never be revealed. You next pass into the “room of circles” which represent the four elements of nature: earth, wind, fire and water. The circle is also considered to be a magical and mystical symbol. 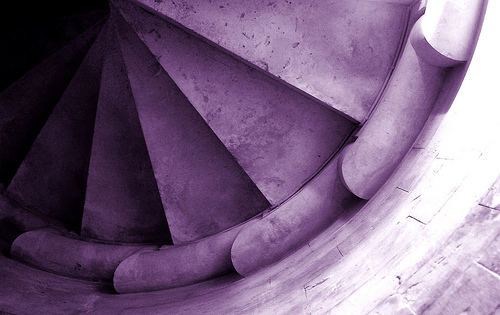 On the second floor you enter into the light. Eight rooms ring the central courtyard, each leading directly into the other, except for the final room which is walled off from continuing the circle. Giant marble benches run along the walls. A carved rose can be seen in the spiral stairwell, the rose is the symbol of knowledge and Sirius, the star that represented the Goddess Isis for the ancient Egyptians. There is also an astronomical tower with a cistern which symbolically represents the union of earth and sky.

The castle is a unique and special site, rich in history, magic and sacredness. It is one of the most popular monuments in Italy and Europe, as much for its architectural beauty as for the mystery that still surrounds it.

An hour is really all it takes to see the castle. The interior is unfurnished, apart from detailed information boards (mostly in Italian) explaining the building's history and context. After viewing the inside, it is worth walking around the castle's exterior. There are lovely views over the green inland area of Puglia, dotted with farms, olive groves and sheep grazing in pastures. It's a peaceful and rural scene: a stark contrast to the dark mysteries hidden within the castle walls! 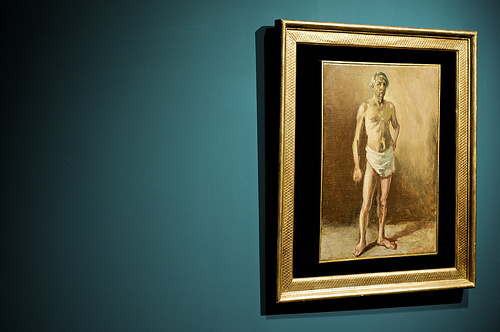 An additional reason to visit Castel del Monte is the De Chirico exhibit being held until August 28. Giorgio de Chirico (July 10, 1888 – November 20, 1978) was a pre-Surrealist and then Surrealist Italian painter. He founded the scuola metafisica art movement. What could be a better site for an exhibit by a metaphysical painter than this eminently metaphysical castle?