A place to buy wine and oil directly from the producer, you can taste it and also learn about the wines 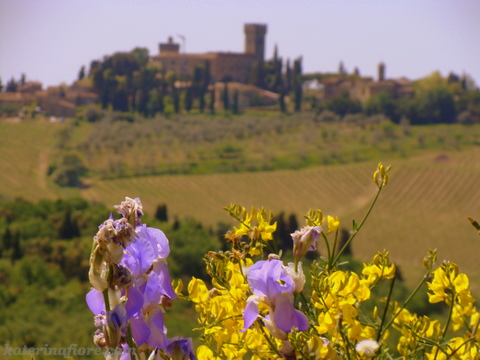 A short 30 minute drive through the twirling hills outside of Florence, you can find Castello di Poppiano. I happened to find this majestic structure after I exited the car of a friend and saw the castle in the distance. 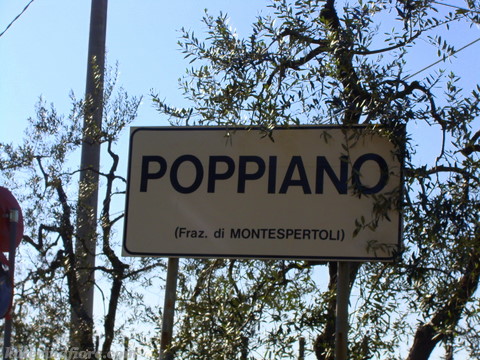 I immediately got out my camera to snap a few shots with the spring flowers in the foreground. We were in the area because there was a Festa di Baccello (Festival of Bean pods) in San Quirco right outside of Montespertoli. We ate a delicious lunch with porchetta, pecorino and a bag full of baccelli. YUM! As we consumed quite a lot of food, we decided to take a nice walk to the castle in the distance. As we reach the cypress lined road leading to a fortress, we knew we found something grand. 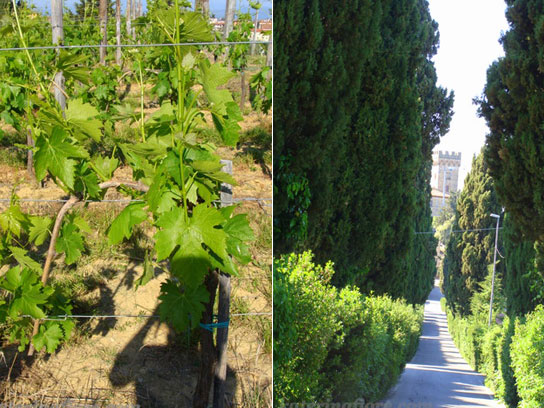 Castello di Poppiano was built around the turn of the first millennium and was probably a fortress for the defense around Florence. It has been in the Guicciardini family for nine centuries. This castello was connected to some events in Florence's history. Castello di Poppiano was linked with various events in the history of Florence. For example, the castello was damaged during a siege in Florence which was reported by the historian Francesco Guicciardini in his memoir. 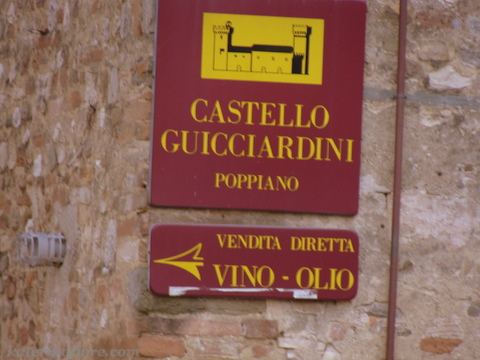 The castello went under renovation when an earthquake severely damaged it in 1812. Although the authenticity of the castello has remained in the frescoes in the other residences of the Guicciardini family in Val di Pesa and Val d'Elsa. They have created some new clones of Sangiovese in a project called "Chianti Futuro" in collaboration with the Consorzio Chianti and Chianti Colli Fiorentini. Most of the vineyards are planted with Sangiovese, the main traditional grape of Chianti, with a contribution of Merlot, Cabernet and Syrah. The unique and fascinating "Vinsantaia" (the Vinsanto winery) with its chestnut and oak "caratelli" (the typical vinsanto barrels), is housed in the Torre Grande (Main Tower) of the Castle. 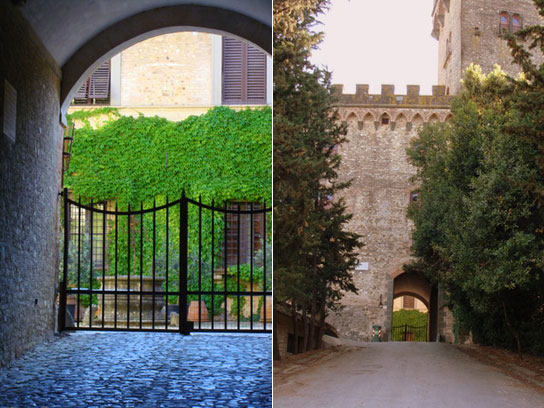 The Vinsanto is very particular. I bought some after I tasted it and was blown away. Normally, I never drink Vinsanto, but now I really love it. The olive oil is a very special taste as well. The oil mill is still in its original location at the castle, but it has been repeatedly updated throughout the years. The family believes that for quality it is mandatory that they keep the whole production process under their own control.

A great place to stop if you are driving through Tuscany. I recommend it!