Events in Puglia: One of Italy’s most dangerous festivals!

Located in the Foggia province in northern Puglia, San Severo is home to pretty churches and delicious local wine.
It’s just a stone’s throw from the beautiful Gargano promontory, has a pleasant Mediterranean climate as well as lots of charming Baroque architecture, yet this small city doesn’t normally attract large crowds.

However, every year around the third Sunday of May, the situation changes somewhat. For three days, the city streets are lit up with illuminations and are jammed with people, cheering, shouting and of course, eating. Why?
Because it’s the Festa del Soccorso: undoubtedly one of Italy’s most dangerous festivals. 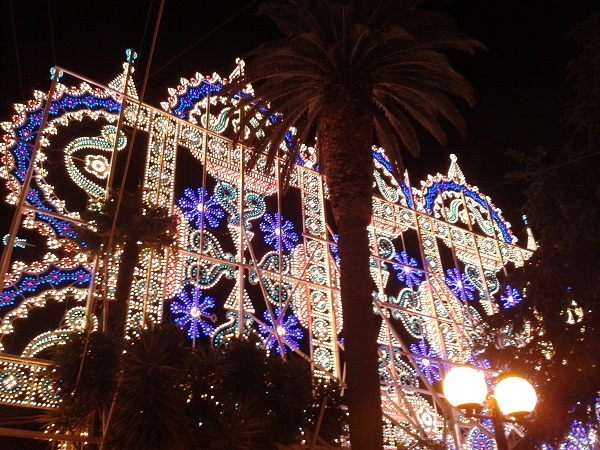 There are no bulls, no snakes and no throwing of heavy objects. It’s not that kind of festival.
What does make it so dangerous and so well known, at least in Italy, is the inclusion of fireworks. Really, really powerful ones.
On each day of the festival, the streets are lined with firecrackers, which are set off with the crowd standing almost directly underneath them. If this wasn’t risky enough, there are huge numbers of young San Severese men who run next to the bangers as they go off.
These brave men are called fujenti and, wearing their burnt, ash-flecked t-shirts from previous years as badges of honour, they follow these lines of fireworks all day long, risking some pretty serious burns. 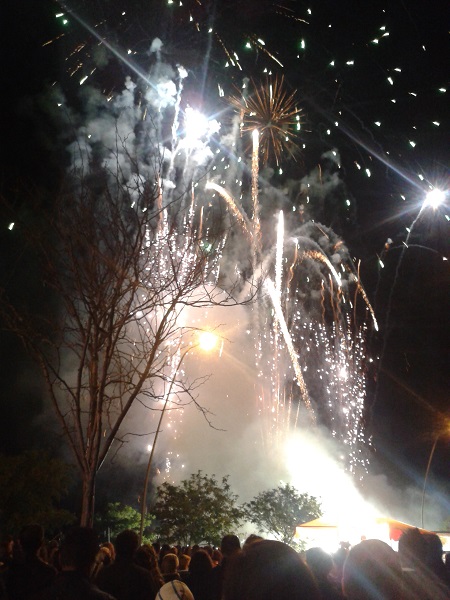 So what exactly are they celebrating?
The festival is actually in honour of the patron saint La Madonna del Soccorso; ‘Soccorso’ meaning help or aid. The city’s other saints, Saint Severinus Abbot and Severus Bishop are also represented in the festival.
In order to celebrate and honour La Madonna del Soccorso, a number of parades and an even greater number of firework displays take place around the city. The parade which takes place on the Sunday lasts for at least 6 hours, as an impressive procession of people transport the statues of the city’s saints on a grand tour of San Severo, and people throw confetti from balconies. 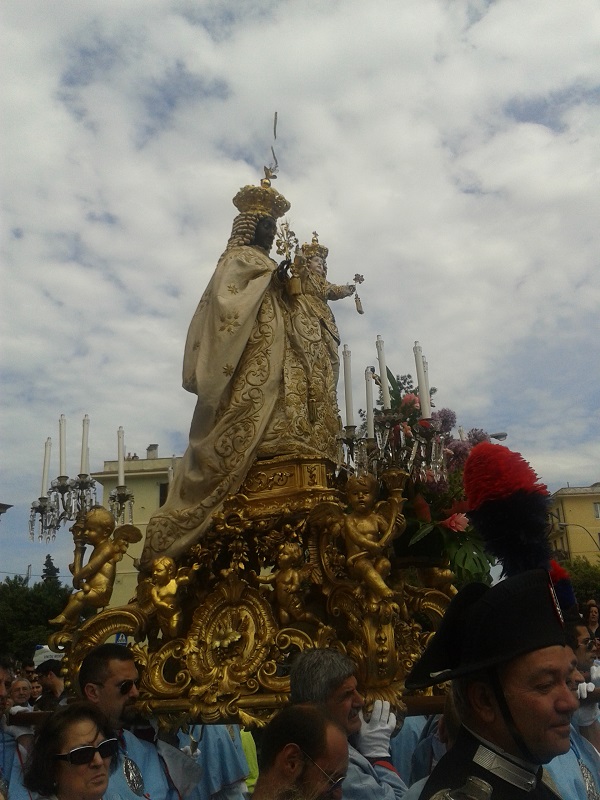 The first Festa del Soccorso was held back in the mid 1800’s, and involved firecrackers even then!
Ever since, it has steadily increased in popularity, with thousands of visitors attending each year. As well as the processions and the daytime fireworks, there are also hundreds of stalls, food stands, and a funfair.
If the daytime fireworks are a little too full on for your liking, then the evening ones might be more enjoyable, seeing as they aren’t quite so close to you!
Each night, spectacular fireworks are set off and these can be heard and seen from miles away! There are also fireworks set to music and on the final night there’s always a big music concert too; often headlining some big names on the Italian music scene. 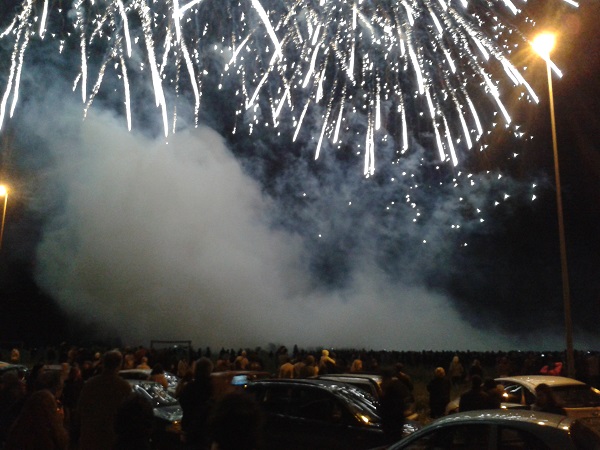 So, if your next trip to Puglia happens to be during the Spring, then make sure you plan a visit to San Severo to see this lively festival; it might be worth bringing a pair of earplugs though!

CharmingItaly >
Blog >
Events in Puglia: One of Italy’s most dangerous festivals!