Wine, Olive oil, small farmhouses. This is what you will see in the Chianti hills around Greve. 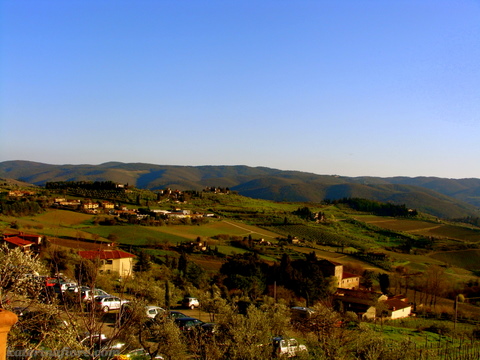 A typical Tuscan city that is known for its wine, small dwellings and more traditional Italian activities. When I used to think of Greve in Chianti before I was able to visit it, I had imagined flowers everywhere, cypress trees standing at attention and swaying in the gentle country breeze. Small piazze where the residents gather and discuss the news of the day. In the authentic piazza of Greve in Chianti, they are lined with terraces full of gorgeous flowers about porticoes along two sides. Greve in Chianti is also known for their butcher shops and wine stores. 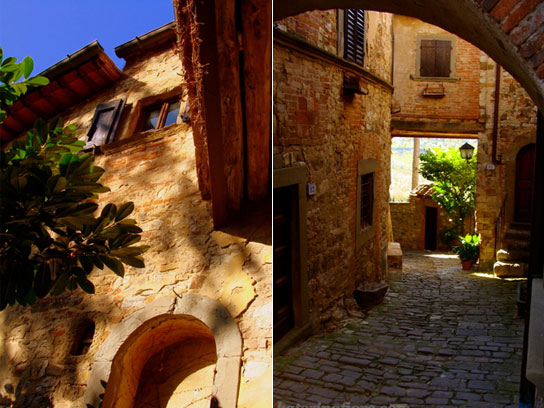 This area is rich with medieval castles, which are privately owned, maintaining and cultivating the land, producing wine and olive oil. These places are known as Agriturismo. They offer apartments or small house to rent for a visit to the Chianti. They sell their own wine and olive oil and could also offer lunch or dinner to its guests.

The agriculture in the Chianti has progressed since 1960s and 1950s. The peasant families of Tuscany would live on smallholdings, taking a proportion of the crops in return for their work. Because of this, the land was taken care of with watchful eyes. From small vineyards, olive groves, to orchards of fruit trees and vegetables. The peasants lived on the land in a casa colonica, which provided living space on the first floor above the stables and barns. Now times have changed. These once farmers have moved to the city center as the economy improved throughout the post-war years. Sadly, there are only a few smallholdings (poderi) left . Most of this cultivated land is owned by large estates that may produce a large amount of wine and olive oil. 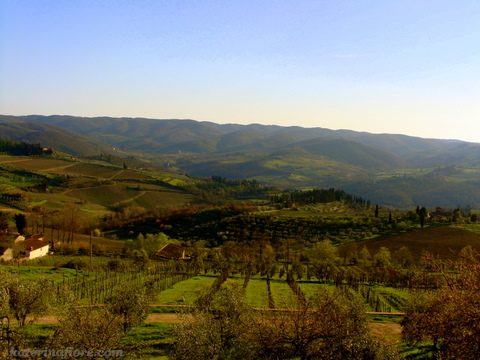 Montefiaralle is a small village located close by Greve in Chianti. An ancestral home of the Vespucci family, it is perched on a hill, partly surrounded by its old walls, paired with remains of its castle. Amerigo Vespucci, a Medici agent in Seville, gave his name to America which was marked by Columbus. There are only 10 inhabitants, no shops or cafes, only two small trattorie. Thus it preserves its medieval style and exquisite character. With only 1 paved street which winds around the hill, there are plenty of places to drink in the views. 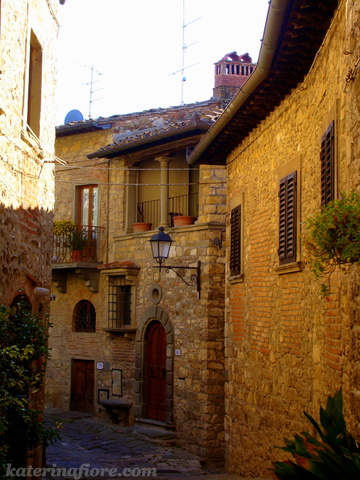 There are many things to see in Greve and the surrounding areas,  but you must arrive at the right time. Greve in Chianti isn't like Florence or Rome, everything shuts down after lunch until 4 or 5pm. A great stop in Tuscany to witness the true beauties of living in the countryside.