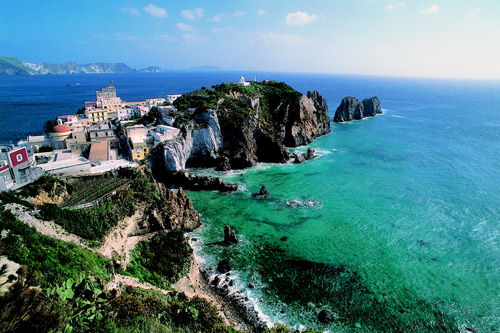 Mister Andrea Fusco is a Michelin Starred Italian Chef.
He comes from the Lazio region, the centre of Italy, along the Tyrrhenian Sea. Thanks to its capital, Rome, this region is not only the heart of the political and religious life, but also a thriving and bustling melting pot of cultures and social life. 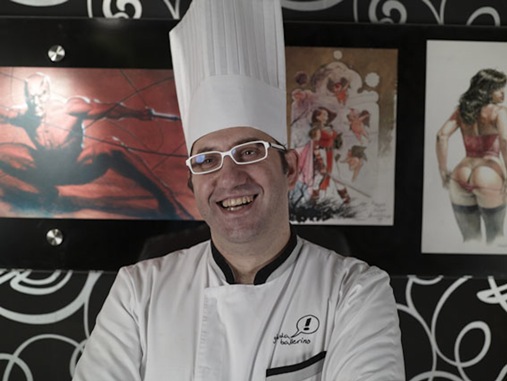 Italian Michelin Chef Interview, Andrea Fusco, Rome Restaurant
In this very appealing context he decided to study at the hotel-management school by chance. Can you  “decide” to do something by chance? “I hate numbers”, he told me thinking of the past, “one day, while I was going to school, I took the wrong bus which dropped me off just in front of the hotel school…I got off the bus”.
After winning his first contest, everything was clear in his mind: he had to become a Chef, not a common one, but an Italian chef! This meant having the chance to enjoy a multitude of excellent ingredients, having fun combining them and tickling the palate without changing the natural taste or smell of foods.

His cooking passion has taken him through the world's most varied Restaurants in Spain, Argentina and Japan: the result is no less than sensational! He was inspired by different cooking styles without losing the main elements of his culinary culture.
His experience, his intuition, his completely different style, are the power of Andrea’s Restaurant called “Giuda Ballerino”. A very curious name, isn’t it? In fact “Giuda Ballerino” the famous expression of the Dylan Dog, the main character of an Italian comics series. With comics on the wall and in a modern design interior, chef Andrea Fusco has led his Restaurant to gain a Michelin star. 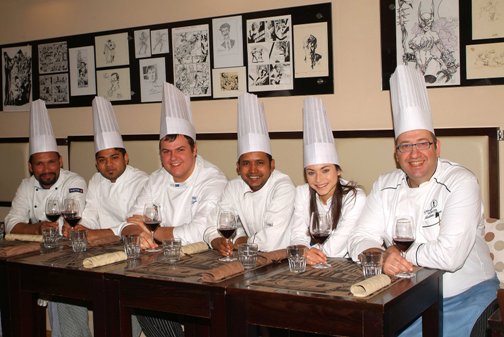 Italian Chef Interview, Andrea Fusco, Giuda Ballerino Restaurant in Rome
“I received your invitation, but I’m overworked… Why do I have to come to Milan? To do what?” This was the grumpy phrase that, the not yet Michelin-starred Italian Chef, said to the director of the Michelin Guide, who invited him to Milan without specifying the reason why.

The Chef Andrea Fusco is a genuine one! So is his cuisine. Its taste will be pure and true as is his Roman revisited recipe... 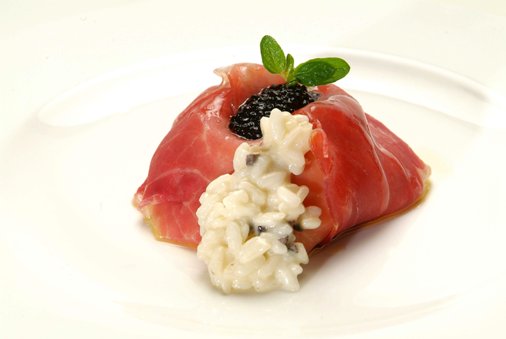 
Method
Heat the oil and the butter ball in a pan and add the chopped scallion, the garlic and the bay leaf. Cook until golden. Add the rice and let it get toasty. Cook the rice by adding the broth, add salt and pepper to taste. After 10 minutes add  half of each of the cheeses and let the risotto cook over low heat. Once the rise is ready, turn off the stove and stir in the remaining butter, cheeses, egg yolks and the truffle. Blend well and let the risotto cool. Put it in a plate and serve with the slices of ham in the middle of the risotto. Drizzle the dish with a little extra-virgin olive oil just before serving.

A special thanks to
Andrea Fusco
CHIC’s association
Stefania Miglio