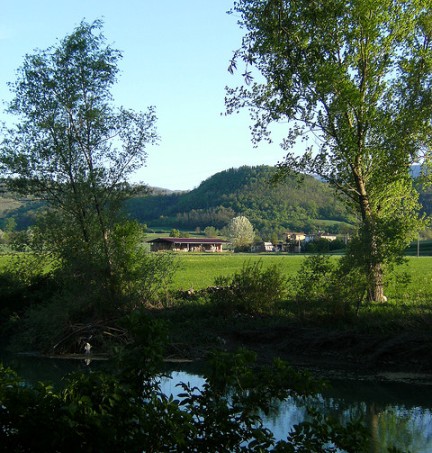 Borgo San Lorenzo is located in a majestic part of Tuscany. It is largest town in Mugello, even after the reconstruction from an earthquake in 1919. Pieve di San Lorenzo, the main church, was rebuilt twice once in the 12th century and in 1937 after the earthquake. Dedicated to the town’s patron saint, the apse inside is a mural painting by Galileo Chini (1906) of the Redeemer and Saints. Galileo and his cousin, Chino, natives of Borgo, also created gorgeous ceramic decorations and stained glass during 1906-1944. All of which is still prevalent in the city center and housed in their very own museum. A small, cozy town with many gems to take a look at. Such as the Medici villas, Cosimo il Vecchio had two grand villas redone for him by Michelozzo as his country residences during the 15th century. Castello di Trebbio and Villa di Cafaggiolo are located nearby in San Pieve a Sieve and Barberino di Mugello. Castello di Trebbio is available to visit by appointment only from April to November. Villa di Cafaggiolo is closed at the moment for restoration. Legend has it however the Medici family are said to have been originally from this part of Tuscany and not from Florence.

The flavors of Mugello present themselves during this period of October. Mugello is located a few kilometers north of Florence. One of the major rivers of Mugello is the Sieve river, which flows into the Arno river the river which flows through Florence and Pisa. The land itself is a vast, green landscape of tiny villages along the narrow roads. Mugello is outlined by the Tuscan-Emilia Romagna Appennine mountains to the north, by Monte Giovi peak in the south and by Monte Senario and Monte Calvano to the west.

The Sagra del Tortello is produced with a quality of food grown throughout the region surrounding Borgo San Lorenzo. Tortello is basically a very large tortellino, can be similar to ravoli in shape. Tortello is prepared by being stuffed with potatoes, seasoned with a ragu (meat) sauce or a cinghiale (wild boar) sauce or simply with butter and sage. My mouth is watering right now, how about yours? The origin of Tortello is ancient. It was imported by the Barbarians from the east after the fall of the Roman Empire. The technique of cooking the tortello is on a heated stone over a fire. This highlights the nomads who made it with the things they could get their hands on. They had to find a slab of stone on site which was more convenient than carrying around the containers for cooking it in water. 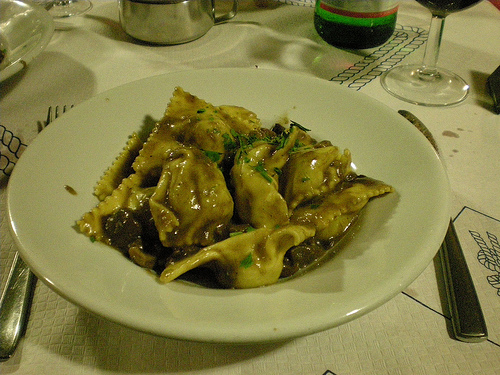 Together with this delectable tortello there are 'Marrone del Mugello IGP' (big chestnuts). This is their time to shine during October. They are served with bistecche (steaks) and arrosto allo spiedo (spit-fire roast). A festival that is not to be missed, too much food and so many days to enjoy it. :) 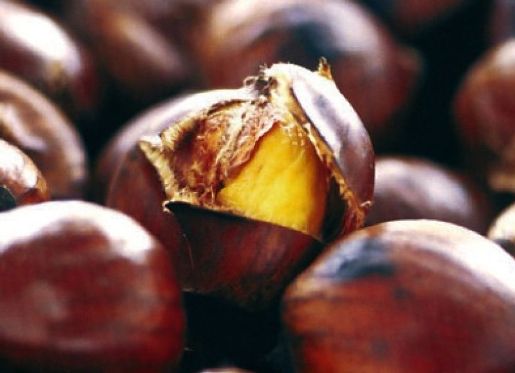