Turin Restaurants: Where to eat in the city of Gianduiotti

Ok, so you’re going to come to Turin, but now you would like to know where to eat in Turin, maybe also having a good dinner or a cheap lunch. I’m here to tell you to which restaurants in Turin you should go.

This restaurant is near the Gran Madre Church, on the river Po. I suggest you because here I’ve eaten a very good agnolotti (pasta with meat) and pork leg with “hay maggengo” and potatos. A lot of meat, I know! In fact, meat is a typical dish of this part of Italy: so you should try it. It’s not so cheap, but it deserves. 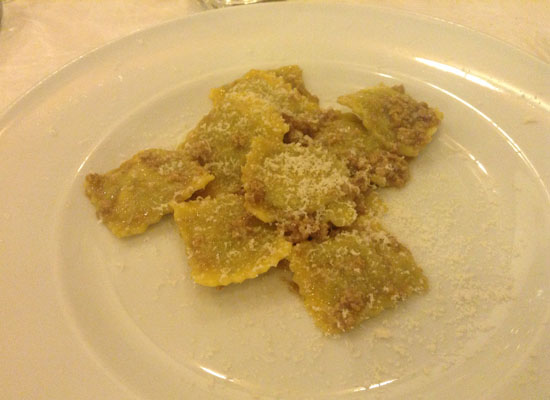 A small corner under the big Mole Antonelliana, in the heart of the city. Fine cuisine, fast service and authentic flavors. Have you ever tried a rabbit salad with hazelnuts? Delicious! This is one of the many restaurants in Turin where you can have a good break while you’re visiting the city. After lunch you should go to the Cinema’s Museum: it’s just at the other side of the road.

I remember this pretty restaurant in Piazza Vittorio Veneto above all for the dessert: the bonet. What is this? I’ts a pudding with a very ancient tradition, typical of Piedmont, and it is made with egg, sugar, milk, liquor (usually rum) and dried macaroons. You can find it with or without chocolate or cacao. Here you can also try agnolotti del plin, homemade pasta, fritto misto of meat and so on. 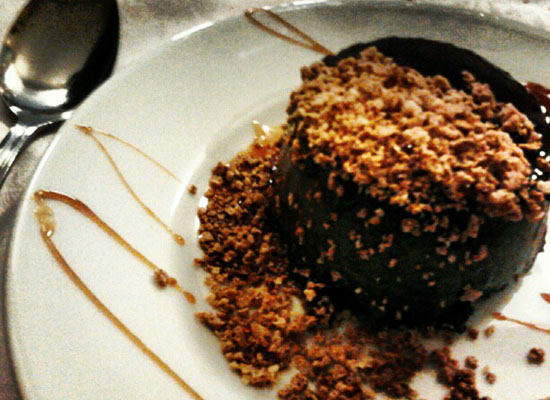 I’ts a slow fast-food in the centre of the city, near the Station of Porta Nuova: you will find good hamburgers made with piedmontese meat (particuarly beef from Piemontese cattle, Fassone). I’ts just another way to enjoy food, in tranquillity, with food at km 0. M**Bun is also sustainable, in fact the hamburgers are served in practical paper bags and they use biodegradable and completely compostable plates, cutlery and glasses. The menu is quite wide: here you are a fantastic tris of raw meat. 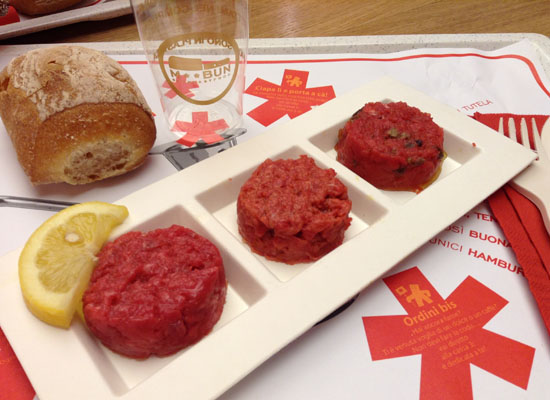 There are so many others restaurants that I could advice to who's coming to Turin, but choose one of these and you will not be wrong!

CharmingItaly >
Blog >
Turin Restaurants: Where to eat in the city of Gianduiotti