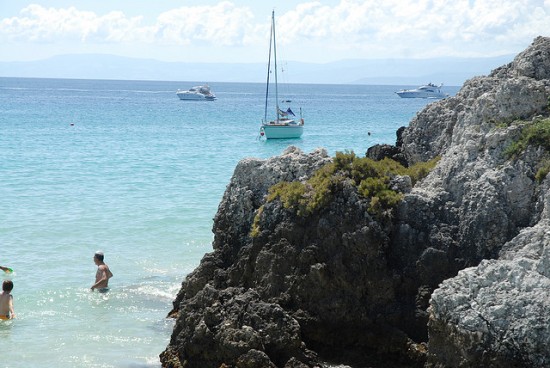 The Tremiti Islands are a small archipelago of rare beauty in the Adriatic Sea, north of the Gargano Peninsula. San Domino, San Nicola, Capraia, Cretaccio and Pianosa, the five tiny islands that make up the Tremitis, are a popular tourist destination because of the clear seas surrounding them and the beauty both above and below water.


San Domino is the island with most tourist facilities and has the only sand beach. San Nicola is where most of the archipelago's 350 residents live. It is the site of a monastery where a monk named Nicolò was buried. 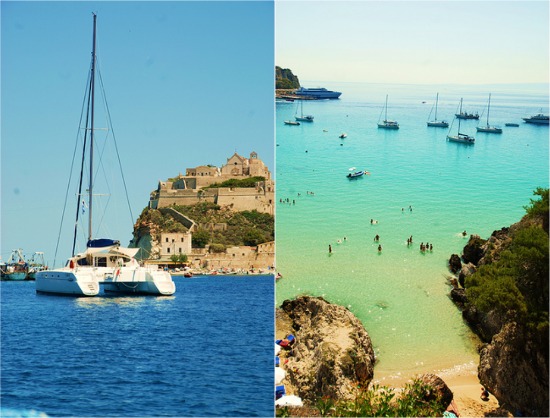 
Legend has it that every time someone tried to move his corpse off the island, a violent storm would break out, preventing navigation around the island. Only San Domino and San Nicola are inhabited, although it is possible to visit the other three small islands by boat to take advantage of the rugged scenery and the outstanding scuba-diving available in the surrounding waters.


Legend has it that the Greek hero Diomedes landed, died and was buried here and that his companions were turned into “Diomedee,” or Cory's Shearwaters, sea birds who nest in the rocks of San Domino. The most important rock formations are the Crepaccio and the Vecchia. The island of San Nicola represents the historic heart of the Tremiti islands, with its Castle and the Church of St. Maria del Mare, which houses a mosaic of the Black Madonna. 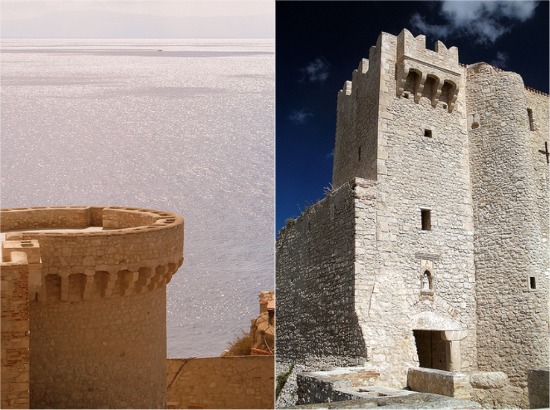 
The islands have been inhabited since Neolithic times. Benedictine Monks arrived on the islands during the 9th century and, during the 11th century, the church and the Benedictine Monastery (1045) were constructed. During the Roman Empire, the archipelago was used as a place of confinement for the first time. Giulia Minore, Augustus’s granddaughter, was exiled to the islands for 20 years, until her death, when her grandfather discovered she had committed adultery. This was the beginning of a long series of exiles and imprisonments over the centuries, up to the 20th century when the last ruler to use the islands in this way was Benito Mussolini. During the Fascist period, the future president of the Republic Sandro Pertini was banished here. 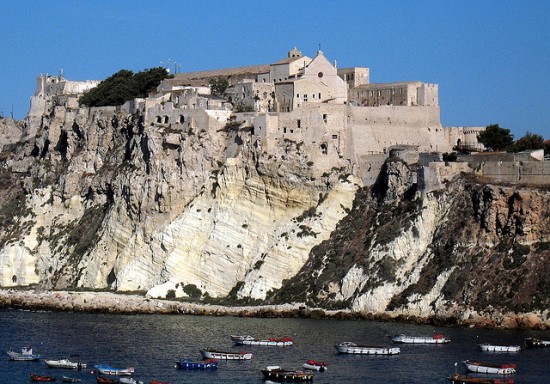 
In 1843, to repopulate the islands, King Ferdinand II of the Two Sicilies moved numerous people here from the slums of Naples, who mostly became fishermen. The Tremiti islands are now a protected marine reserve, and with their unique environment, in the middle of the blue waters of the Adriatic sea, are the habitat of a wealth of sea life.


The islands are a very popular diving destination because of the numerous coves and underwater caves in the archipelago’s waters. Divers enjoy exploring not only the impressive underwater caves and coral reefs, but also a Roman shipwreck 24 meters underwater off San Domino’s Cala Zio Cesare. 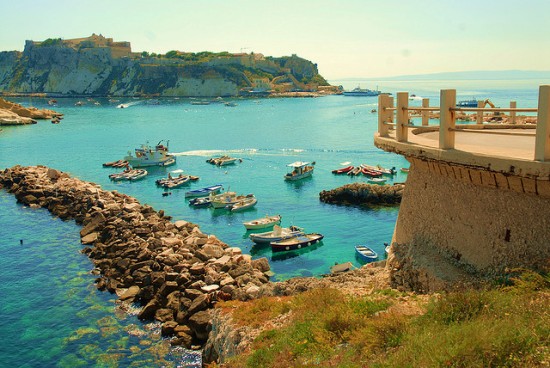 
Many of San Domino's beautiful coves have a very secluded feel due to the island’s tortuous coastline. Cala Matano, Cala Tramontana and Cala delle Arene (the archipelago’s only sandy beach) are all worth a special mention. The fragrant pine woods that continue almost to the water’s edge on San Domino are ideal for gentle trekking and the island is small enough to be able to cross on foot in around two hours. Boat trips to the islands’ many coastal caves depart throughout the day from the ports on both San Domino and San Nicola. Because only San Domino and San Nicola are inhabited, if you’re planning on visiting one of the other three islands a picnic lunch is essential.


Departures for the island by ferry leave from Rodi, Peschici, Vieste, Manfredonia and Termoli. It is also possible to arrive via helicopter, with departure from the Foggia airport.