Do you know why Tuscan bread is unsalted and why? One legend was on the fault of the Pisans blocking a shipment of salt another could've have been that you had to be rich. 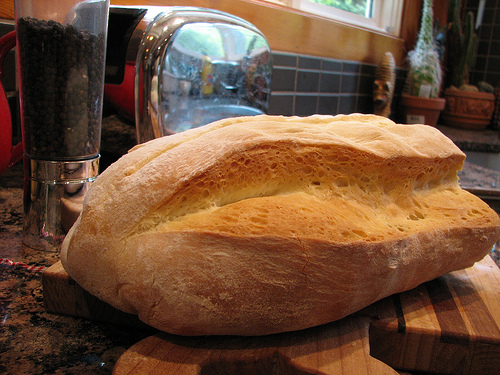 
The taste of Tuscan bread always leaves a novice eater wondering what’s missing. Salt. Back in the Middle Ages Florence and Pisa were rivals. Legend has it that, in an attempt to force Florence to surrender in one of their endless battles, Pisa blocked Florence’s salt that arrived at the port, preventing it to reach Florence. Alas, pane toscano (Tuscan bread) was born. The bread that is so famously referred to as unsalted.


Another version of this story goes back to when there was wide-spread poverty throughout the Middle Ages in Italy. And it is said that salt was a luxury to have and was simply too expensive for the Florentines to use in bread-making. During those times, it was normal for each farmhouse, even the less fortunate, to have a wood-burning oven where farm workers would cook their bread every two or three months. Once baked it was wrapped in a cloth and kept in a type of cupboard to store it. 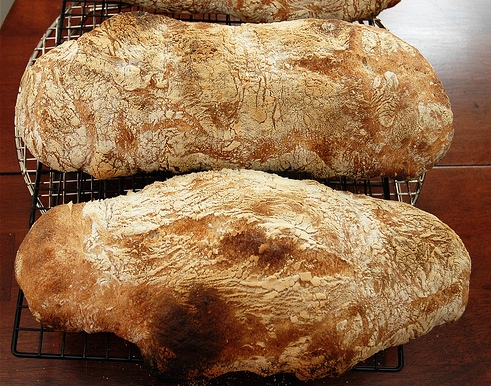 Before it was believed that man first produced flour about 18,000 years ago. But from what was found near Florence recently, in Mugello, the Neanderthals are said to be the first modern man to make flour. Researchers from the Istituto Italiano di Preistoria e Protosoria, have found traces of flour in the region of Mugello that dates back to 30,000 years ago. This proves that the nomadic gatherers weren’t only carnivorous. The fact that they liked eating breads high in carbohydrates helped them withstand cold and unfavorable environments. Bread is easy to store and to transport would have been a must to these nomadic groups. 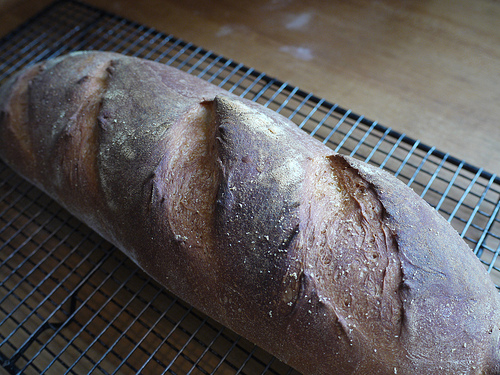 Today the very best Tuscan bread comes from Altopascio, a province of Lucca, although there are many other cities that make such delicious bread like Altopascio, which belong to the Associazione Città del Pane (Bread Cities’ Association). The main traits of the Tuscan bread is there is a long rising period which helps it stay fresh for several days. It has an unrefined presence with a crunchy crust while the inside it is nice and soft. It comes in three basic shapes, round or bozza, long and narrow called filone and flat called ciabatta.

Some Tuscan meals that consist of bread are as follows:

Pappa al Pomodoro-is a simple dish that was made by the farmers because it was simple and easy. A bread soup with added herbs and spices to endure a filling meal.
Panzanella-a bread salad usually made in the hot summer months. Simply made with day old bread and any type of vegetable you have, topped with olive oil and red wine vinegar to taste. 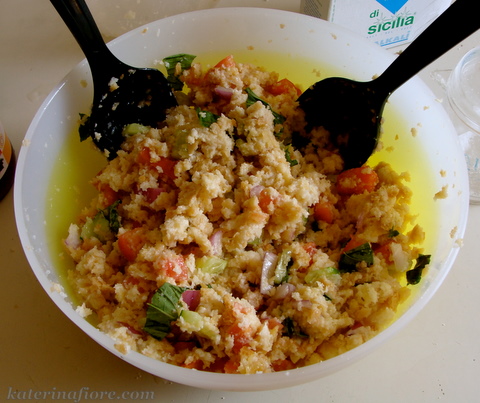 Ribolita- a twice-boiled (referring to its name ‘re-boiled’) thick vegetable and bread based soup filled with beans, herbs and spices. Perfectly made for those cold winter nights in the countryside.